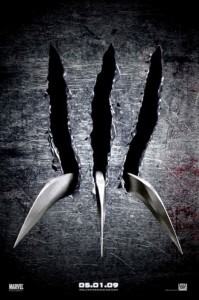 I’m flummoxed. After three X-Men movies about Wolverine, did we really need a solo story about him too?

No, probably not. And the studio seems to have acknowledged this, afraid to let the character stand on his own two legs all by his lonesome. For some reason, in the first X-Men film in the franchise intended to focus only on one member, we get a plethora of add-ons and cameos from characters that were just as underutilized in the original trilogy. Their inclusion in the script, and the story as a whole, really feels like an attempt to momentarily satisfy X-fans with Easter Eggs, or to perhaps package and sell more action figures.

Truthfully the series died on the third film, X-Men: The Last Stand, when Bryan Singer left the franchise. But rather than admit that, or to perhaps learn from the previous film’s mistakes of shoehorning more characters into the script than it really knew what to do with (or had time for) they seem to have decided the only thing that mattered in a movie was one-note performances and people fighting on wires! Remember wire fighting? Well, it’s back! I know you thought it died six years ago because it looked so ridiculous, but Fox Studios disagrees. Apparently it’s still fresh, still fun, and not at all sad.

Mistakes and bad decisions aside, what really drags this film down is the fact that it actually had potential, once upon a time. Being based on a character with almost forty years of rich history in the comic book medium you would expect a better handling of his origin story.

But then again, wasn’t it the mystery of his origin that made him so appealing in the first place?