The Taking of Pelham 1 2 3 is adequate summer entertainment. There are plenty of action scenes and A-list stars to go around such as John Travolta, Denzel Washington and James Gandolfini. Still, the movie never quite reaches the “thriller” status it was shooting for.

The best moments are the dialogue, skillfully crafted by screenwriter Brian Helgeland who worked with Denzel & director Tony Scott on Man of Fire between Travolta’s Ryder and Washington’s Garber. The interchanges between the Travolta and Washington crackle with intensity as they try to figure each other out. Travolta plays his role of Ryder, a man with an agenda, perfectly. He’s just sane enough that you almost want him to succeed but crazy enough that you’re praying he doesn’t. Washington’s character is more subtle, hiding secrets of his own while displaying an uncanny ability to dissect his adversary’s character.

Shot on location in New York City, there are some wonderful scenes of the city and its famous skylines. Unfortunately for viewers, scenery isn’t enough. Gandolfini does a good job of portraying the stereotypical idea of a New York City mayor but near the end is unbelievable as the guys who figures out the real game being played. John Tuturro as the city’s hostage negotiator plays his character in an understated and sympathetic way, completely opposite of the character he plays in the Transformer movies. In spite of these good supporting performances, the film drags when Travolta and Washington aren’t pulling each other’s strings.

Tony Scott, who directed such hits as Enemy of the State and Crimson Tide, fails to stir much excitement. The action sequences are standard and predictable, as is much of the plot. The technique of choppy, blurry camera work for the outdoor scenes does not add the desired urgency and tension he was seeking. Instead, it detracts from the drama he’s trying to build underground. In some ways the film is better than the original with Walter Matthau and Robert Shaw but not completely so. This one’s a good for a viewing but probably not worth two. 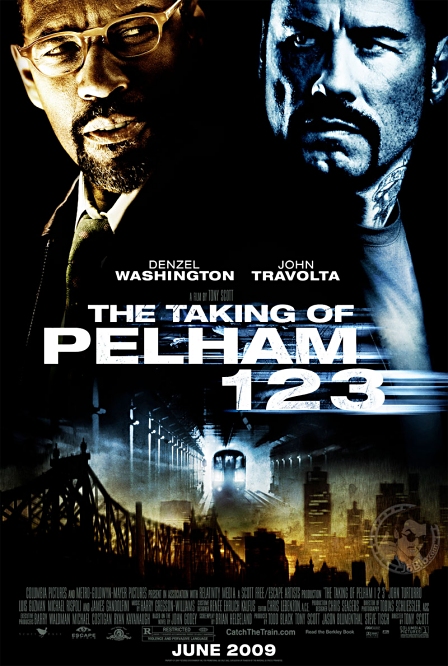 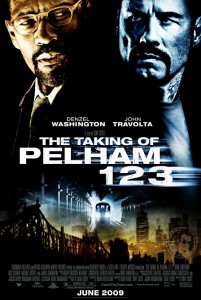