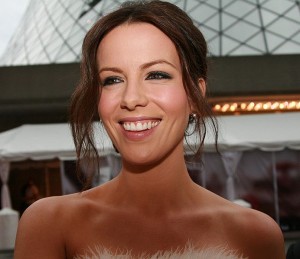 Trailer for Kate Beckinsale’s upcoming Antarctic thriller is now available online. The movie is a full package for Action/Crime/Drama and a Thriller as well. Thus, it will be a complete entertainer of the year.
The film ‘Whiteout’ is an adaptation of the 1999 comic book ‘Whiteout’, written by Greg Rucka and Steve Lieber. Actors Kate Beckinsale and Gabriel Macht are in the lead roles.
It’s a story about a U.S. deputy marshal, hopefully played by Kate, where the marshal has been appointed singly to investigate a murder on the frozen continent within a stipulated time of three days, to be precise, just before the commencement of the winter over arctic.
The film has a varied history regarding the acquirement of the feature film’s rights since 1999. It began with Columbia pictures, then Universal studios and finally the rights landed in the hands of Dark Castle Entertainment in October 2006.
Similarly, Reese Witherspoon was cast in the lead role earlier; but with the uncertainty lingering into the minds of the scriptwriter regarding the acceptance of two female leads, the project faced a hold for quite a long phase.

Warner brothers signed on to distribute whiteout, where Sena was hired to direct the film on the adapted screenplay by the Hoebers and Beckinsale grabbed the lead role. Production began in March 2007 in Manitoba, where the latter part was shot in Montreal.
Based on a graphic novel by the publisher indie house Oni Press and written by Rucka & Lieber, who are known to have worked for both Marvel and DC on Spider-Man and Batman; the film is set to have a sequel, Whiteout: Melt, and a further installment, Whiteout: Thaw, which is planned for later in the year.