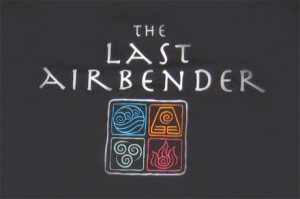 Avatar: The Last Airbender that had caused such a tsunamic of craze amongst animation series fans will finally get to watch the big screen adaptations of their favorite characters by this summer. The film that is being produced, directed and written by M. Night Shyamalan includes the cast of Noah Ringer, Nicola Peltz, Jackson Rathbone, Dev Patel, Jessica Jade Andres, Aasif Mandvi, Shaun Toub, Cliff Curtis and Keong Sim. The movie is the first film planned in The Last Airbender trilogy and plans to release on July 2, 2010.

Synopsis: The film is set in a fictitious world where human civilization is divided in to four parts with the backdrop of the elements comprising the Earth. Among all the civilizations: Water, Earth, Air and Fire; the Fire Nation initiates a tyrannical and destructive war against the remaining three nations.
The world’s “Avatar”, Aang (Noah Ringer) is the “The Last Airbender” who is prophesied to influence and bend all the four elements that bring the world together. It is now his duty to let the conflict come to an end and reinstate the balance of elements in the world destroyed by war. Assisting him on this sensitive journey is a waterbender named Katara (Nicola Peltz) and her bull headed brother Sokka (Jackson Rathbone).
Banished from the nation by his father, Prince Zuko (Dev Patel) of the Fire Nation and the fiery Fire Nation Admiral Zhao (Aasif Mandvi) are all set to block up Aang’s crusade and capture him to reclaim Zuko’s position to the throne.
In the midst of these central characters, are some important roles like Toub as Uncle Iroh, the surrogate father of Prince Zuko and a retired Fire Nation General. The cold-blooded ruler Fire Lord Ozai is all set to being played by Curtis while Keong Sim will become the Earthbending Father.