Where the Wild Things are Trailer online 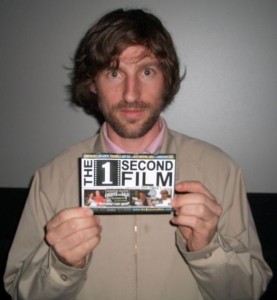 The trailer of an upcoming movie based on a children’s book ‘Where the Wild Things are‘ has been made online over Yahoo. The film is directed by academy award-nominated American director-‘ Spike Jonze’ who is currently the creative director of VBS.tv. The film combines live action, suitmation, animatronics, and CGI that is scheduled for a release on October 16, 2009 in US, December 3, 2009 in Australia, New Zealand and December 11, 2009 in UK.

The film appears to be a set of imaginary adventures of a young boy named Max (Max Records), who gets angry when his mother, Connie (Catherine Keener), invites her boyfriend. Known for his mischievous behaviors, Max is sent to his room without supper. As he can’t take the isolation he feels angry and starts thinking that nobody loves him. Max then creates a forest bordering a massive ocean, and sails away to an island inhabited by seven imaginary monsters called the Wild Things, who crown him as their ruler.

A fairy tale, which reminds us about Alice in Wonderland, the film ‘Where the Wild Things are’ is a Warner Bros distribution which is produced by Tom Hanks, Gary Goetzman,  Maurice Sendak, John B. Carls and Vincent Landay.

A teaser was released a few months ago that has given us a brief idea about the plot of the movie where monsters will be seen chatting and living with a small boy and we will get to hear voice work from Lauren Ambrose (KW), Sam Longley (Ira), Catherine O’Hara (Judith), and Paul Dano (Alexander) where Tom Noonan’s Douglas is introduced but doesn’t say anything.