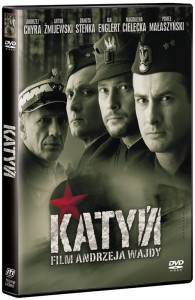 A wound that has been left open for so many years is bound to bleed into an expression that is not supposed to subtle. Andrzej Wajda’s depiction of the ‘Katyn’ massacre in the 40’s of which he himself was a witness is a story that wrenched the heart of every Polish.

With Katyn, the naked truth laid open which concerned the 1940 mass execution of about 12,000 Polish officers and intellectuals over a period of 3 days in the Katyn forest, by the Soviets. For decades the blame game was played between the Soviets and Nazis with utmost sincerity, making the film difficult to envisage till Soviet President Mikhail Gorbachev in the 90’s admitted his nation’s accountability, just before the disintegration of USSR.

The idea of making Katyn had been lingering in the mind of Andrzej for over a decade, but backgrounds of such films are like tornadoes, they have already backstabbed you. And when it is recreated on screen you really don’t want it to fail. 50 years after his debut film ‘A Generation’ Andrzej revelation about his father Jakub who was a cavalry officer and met his end at the Katyn massacre, finally assumed a war genre film in 2007. The film is not just about blood and massacre which unpredictably comes into shape during the film final end. Wajda wanted to show the strangulating emotions that are beautifully interweaved the dew drops of tears and the segregation of love bonds. The wartime tragic violent act carried out by the Soviet Army can be experienced at the end of the film, is something to be realized than written because of its atomic impact.

Among all the stories that are entwined, the one that can make your eyes moist is that of Anna (Maja Ostaszewska), wife of an army captain who refuses the proposal of a Russian general for the love of her husband. She is amongst the first to board the trains on the way to Katyn. She is begged to run away from the Red Army by a general’s wife as she drags her in a car in the opening scene. But both of them finally have to face the same bare truth – waiting for the news of their husbands with sinking eyes. Anna lastly reaches Karkow with her daughter and mother-in-law hoping to know not the truth.

History never lies, but after the discovery of the bodies the truth was held responsible upon the Nazis by the Stalin state which wasn’t revealed till the 90’s. It was no hidden truth that the NKVD was behind the massacre but an uttered word through a Polish lip meant death. This is effectively depicted as the bewildered captive Polish youth are unable to categorize their state. Anna’s nephew’s death, the twin sisters who aren’t able to properly bury their brother with a broken tombstone is not covered up to subsidize the truth but is blatant enough to throng your chest.

The movie doesn’t become a personal documentary of Wajda neither does it cross the boundaries of a war genre film but is a blatant description of what is supposed to be known by all the Polish national as well as the world – the hidden truth.

‘Katyn’ was the Oscar nominee for Best Foreign Language Film in 2008 and was a huge hit in Poland with every cinema theatre screening hit with box office collection running over 2.7 million.

Katyn is available on DVD in three versions, a single-disc one containing just the film and a sprinkling of essential extras, a double-disc special edition, and an HD-DVD.