Kung Fu Panda was a real surprise, possibly because it couldn’t manage to build any level of serious expectation for me. Once the first one sold me, the second one was still rather surprising. Now we’re on the third, plus a lot of exposure to Po outside the films themselves, and if the cinematic world hasn’t jaded you against third movies, you just aren’t paying attention.

That makes for rough waters, especially when we keep having to put together plots built around the same gimmick. Thus, Kung Fu Panda 3 goes for the plot trump card, and sends us down the rabbit hole of family drama.

We don’t get far on the plot, and instead go for a teaser theory. That means there’s more Kung Fu action, and what we think is one of our better gags surrounding Po and his long lost father.

It’s actually pretty good, though I’m not sure it immediately rids you of the fears you might have going in.

But, it’s hard to argue with how well things have gone so far, and the cast is impressive. In fact, it’s hard to imagine them all in one movie. It is a bit of a wait though, as this one isn’t showing up until the end of January.

In 2016, one of the most successful animated franchises in the world returns with its biggest comedy adventure yet, KUNG FU PANDA 3. When Po’s long-lost panda father suddenly reappears, the reunited duo travels to a secret panda paradise to meet scores of hilarious new panda characters. But when the supernatural villain Kai begins to sweep across China defeating all the kung fu masters, Po must do the impossible—learn to train a village full of his fun-loving, clumsy brethren to become the ultimate band of Kung Fu Pandas! 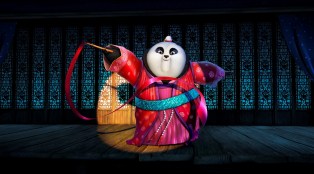