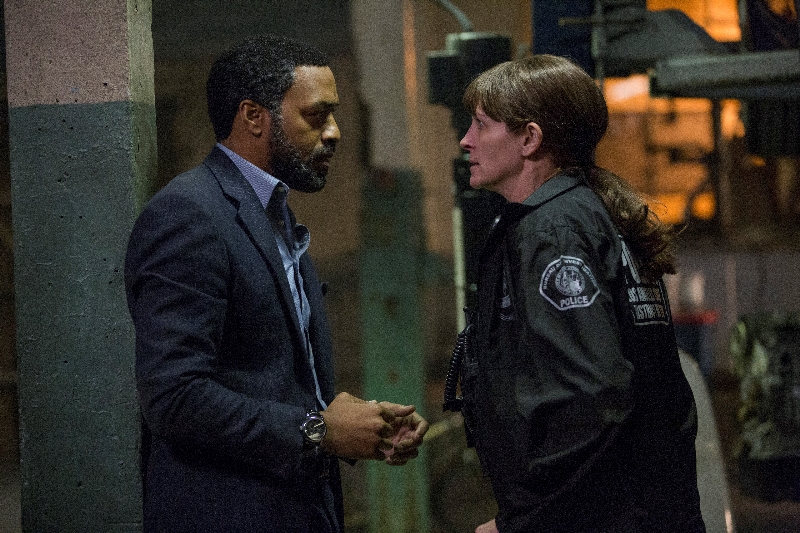 Secret in Their Eyes, which hits on October 23rd, is a film that perhaps overplays an emotional hammer as a way to limit the potential for negative reviews and reactions. With Billy Ray (Captain Phillips, The Hunger Games) at the helm, and Julia Roberts, Nicole Kidman, and Chiwetel Ejiofor on the other side of the camera, it’s a film that is going to get a lot of attention either way, but it’s a wild story that may deliver as something with a certain emotional armor.

Julia Roberts, who frankly doesn’t look overly impressive in the trailer, plays an FBI agent who is now the victim, when her daughter is found murdered.

The trailer suggests that they think they have their man, but when they have to let him go, he disappears, and the case goes cold. Then, 13 years later, it seems we’ve found him, but we have to make sure that the case will hold up after all these years. Plus, it may be a race, as Roberts looks to be after taking the law into her own hands.

The official synopsis, on the other hand, suggests that we have new evidence, and that there is some manner of “unspeakable secret.” It also asks how far one would go to right a wrong, but it seems that there must be a lot more in play than just killing your daughter’s murderer, which doesn’t seem like a question with that much weight.

Put them together, and there must be a lot more going on than the film wants to reveal, because “parent kills child’s murderer,” doesn’t seem particularly exciting in this day and age, and doesn’t involve much to be secretive about. What have our players done, and is Roberts the only one with secrets?

It looks intense, but I wonder at Roberts’ ability to pull off this kind of intensity.

Take a look below, and mark your calendars.

The Secret in Their Eyes Trailer

A tight-knit team of rising FBI investigators – Ray (Chiwetel Ejiofor) and Jess (Julia Roberts), along with their District Attorney supervisor Claire (Nicole Kidman) – is suddenly torn apart when they discover that Jess’s teenage daughter has been brutally and inexplicably murdered.

Now, thirteen years later, after obsessively searching every day for the elusive killer, Ray finally uncovers a new lead that he’s certain can permanently resolve the case, nail the vicious murderer, and bring long-desired closure to his team. No one is prepared, however, for the shocking, unspeakable secret that will reveal the enduring, destructive effects of personal vengeance on the human soul.

Interweaving past and present, this deeply layered mystery explores the murky boundaries between justice and revenge, and asks the question: how far would you go to right an unfathomable wrong?