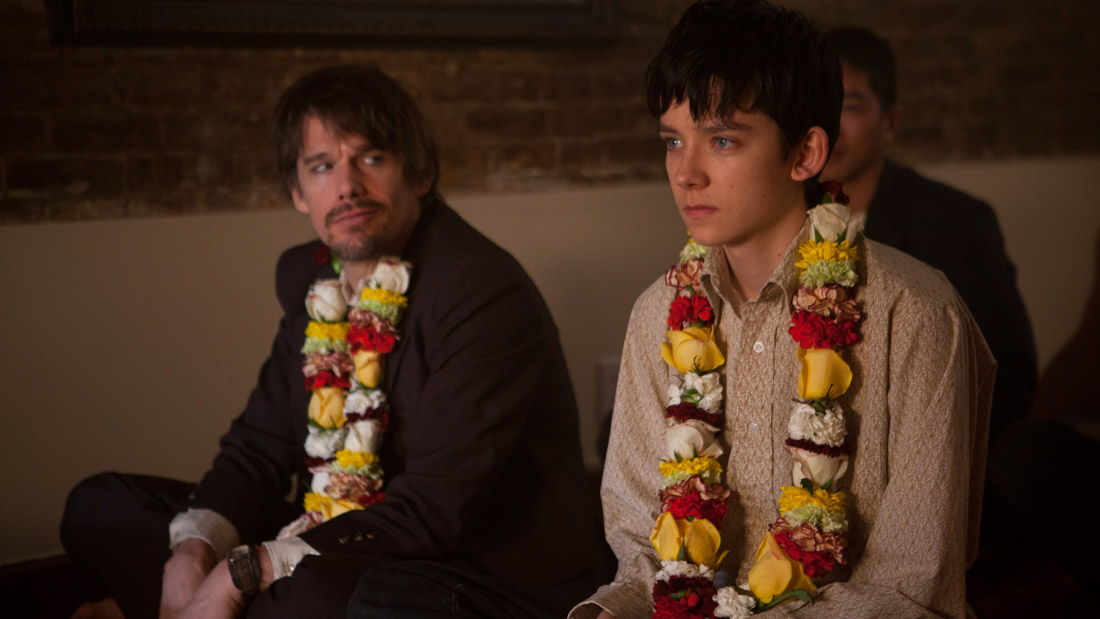 The married directing duo of Robert Pulcini and Shari Springer don’t get anything like the attention they deserve, even when people fall for their films. Ten Thousand Saints may be the picture that finally gets their names on your radar.

You may know the insanely brilliant American Splendor. It’s a bit less likely that you caught Kevin Kline, Paul Dano, John C. Reilly, and Katie Holmes in the obnoxiously clever The Extra Man. Then again, you probably did catch The Nanny Diaries and Girl Most Likely, but it’s a safe bet that you didn’t know who directed them.

Adapted from the novel by Eleanor Henderson, this one is almost an anti-coming-of-age film that centers on three teens (Asa Butterfield, Emile Hirsch, and Hailee Steinfeld) who break away from their odd and troubled parents (Ethan Hawke and Emily Mortimer) to create their own family.

Set in New York City in 1988, the film is as much a love letter to a city that doesn’t quite seem to exist anymore, as it is a painful exploration of a culture trying everything and nothing to find itself.

Ethan Hawke has already managed some great press around the performance, and these are three of the best young actors working today.

Check it out below, and get ready to fall for Ethan Hawke all over again.