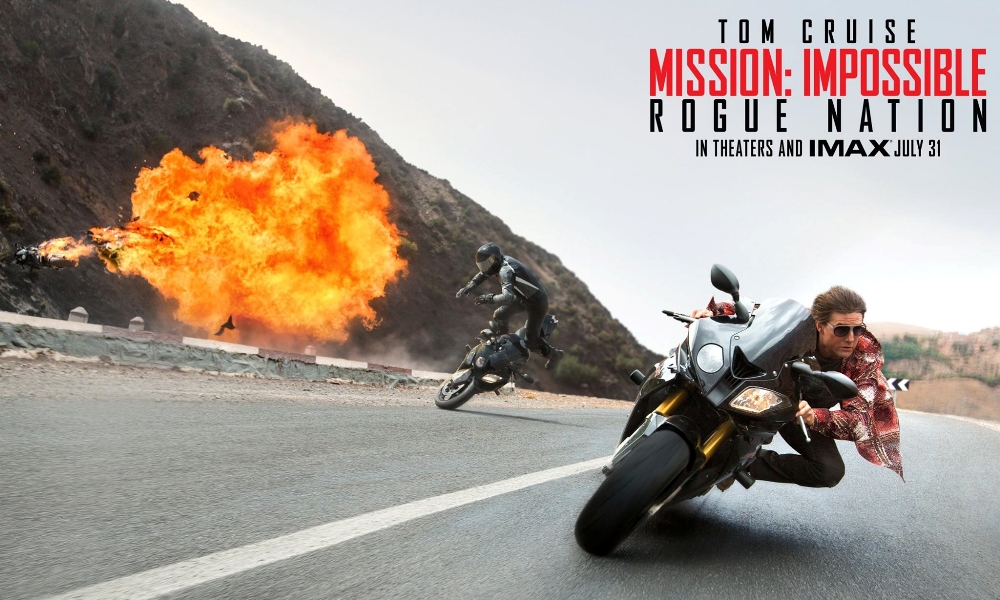 Following movie news occasionally reveals small gems that actually deliver a lot of information. A good example is the recent news that Mission: Impossible – Rogue Nation (which has gone title punctuation crazy), and/or Tom Cruise, fired the film’s insurance company. That seems trivial, but when the insurance company drew a line in the sand over which stunts Cruise could do himself, Cruise decided to find someone else so that he could move the line.

You don’t hear about that happening often, and since we’ve already seen some crazy stunts, it means that we’re really going for some serious action, and we don’t need as much CGI to get there.

That’s something that should hit as a pretty serious positive for a film. Someone is taking something seriously about the effort, and the previous Mission: Impossible films were setting a pretty high bar already.

Adding to that mix, a couple of clips have hit the internet that really show off the action. The first one, which is Entertainment Weekly footage, is almost difficult to watch. It makes you think that a full film worth better take a lot of breaks, or the audience will be out of breath, and need an aspirin.

It’s only 40 seconds long, and some of the movement is crazy, never mind the stunts themselves. Just think about what’s going on with those cameras!

The second is a UK TV clip, and shows off the airplane scene that has already been teased quite a bit.

It’s hard to say how this one will play out, but it looks good, and every next piece of information makes it sound even better. The film hits July 31st, and is tracking for a big box office debut.

With the IMF disbanded and Ethan (Tom Cruise) out in the cold, the team now faces off against a network of highly skilled special agents, the Syndicate. These highly trained operatives are hellbent on creating a new world order through an escalating series of terrorist attacks. Ethan gathers his team and joins forces with disavowed British agent Ilsa Faust (Rebecca Ferguson), who may or may not be a member of this rogue nation, as the group faces its most impossible mission yet. Starring Tom Cruise, Jeremy Renner, Simon Pegg, Rebecca Ferguson, Ving Rhames, Sean Harris, Simon McBurney, Zhang Jingchu and Alec Baldwin.