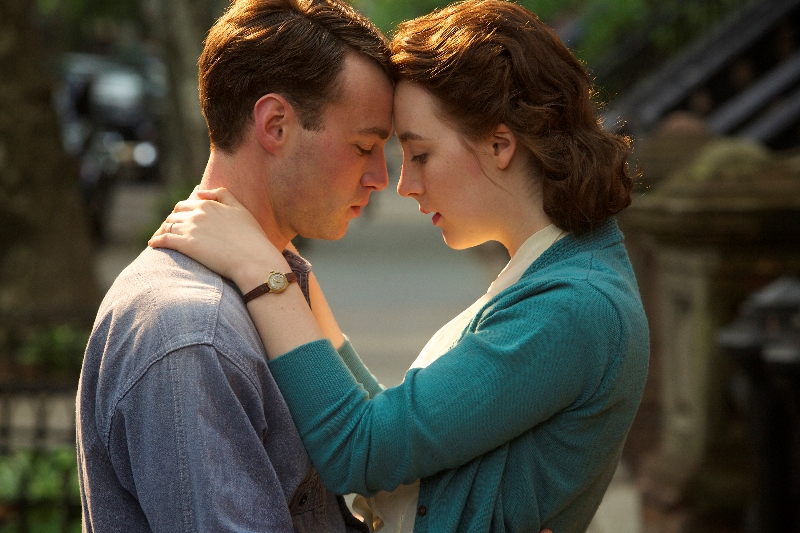 If you didn’t predict Saoirse Ronan was going to take over, you probably just weren’t paying that much attention. She’s proven herself talented in some difficult roles already, but she probably hasn’t surprised me as much as in the trailer for Brooklyn alone.

Odd as that may sound, she manages to sell this character so well that it’s hard to believe that you’ve only watched a few minutes of this film.

You can’t even write it off to the also always brilliant Domhnall Gleeson, because he’s hardly in it.

The story is painfully simple, but it already seems to play out with a lot of complexity, and Ronan pulls you along through her homesickness, and her struggle to go back home, before managing to convince you that she is legitimately torn about what to do once back in Ireland. Seriously, it happened in three minutes.

Take a look at this one, and bask in the glory of all the crazy popularity this one is going to suddenly have come November. It may have Nick Hornby, and the solid, but under-appreciated John Crowley directing, but Ronan is owning this one, which is lucky, because it’s all on her shoulders.

BROOKLYN tells the profoundly moving story of Eilis Lacey (Saoirse Ronan), a young Irish immigrant navigating her way through 1950s Brooklyn. Lured by the promise of America, Eilis departs Ireland and the comfort of her mother’s home for the shores of New York City. The initial shackles of homesickness quickly diminish as a fresh romance sweeps Eilis into the intoxicating charm of love. But soon, her new vivacity is disrupted by her past, and Eilis must choose between two countries and the lives that exist within.