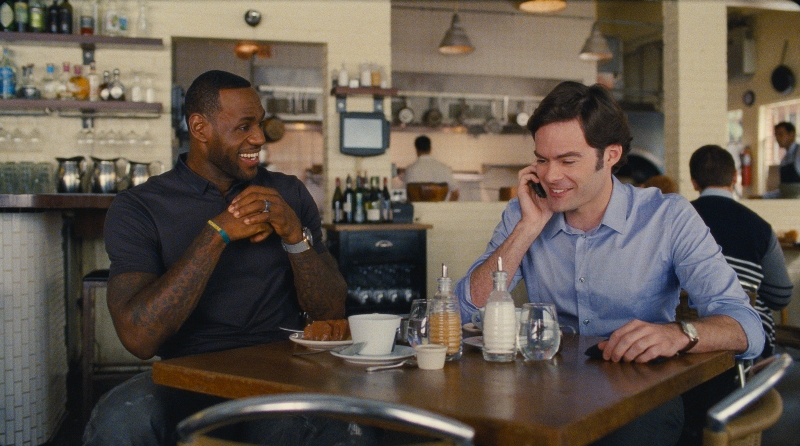 I have to admit that I’m nervous about Trainwreck. I’m a fan of Amy Schumer, and most of the clips look good, but it’s the sort of film that could go sideways quick.

One person who isn’t nervous at all is LeBron James, who co-stars as Bill Hader‘s character’s friend. Lebron has some ideas for a sequel, and he shares them with he co-stars and director Judd Apatow in the below Funny or Die clip. Somehow, I’m not surprised that Amy likes where LeBron’s brainstorming session is leading.

Trainwreck: The Sequel Starring Amy Schumer And LeBron James, But Not Bill Hader from Judd Apatow