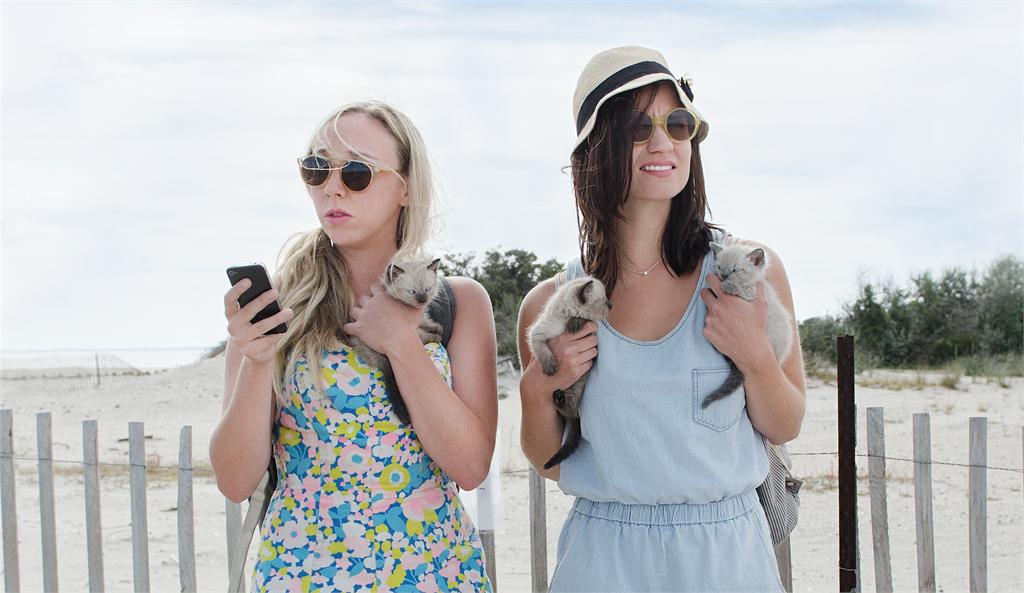 Fort Tilden, which took home the Grand Jury Prize from SXSW 2014, is a bizarre mix of films and film styles that comes together to create a buddy comedy for a hollow generation that is part Ghost World, part Withnail & I, and part ode to a generation that has quarter-life crises involving the stress and indignity of taking a day off from nothing.

The film stars Bridey Elliott and Clare McNulty, and they carry it for all their worth. It’s a film that, much like those referenced above, falls apart completely without actors who can live up to the potential, and they turn it into a charming, hilarious pseudo-venture.

The film will release in theaters and on VOD on August 14th, and you want to make sure this one is on your radar.

Amidst quarter-life crises, Allie struggles to prepare for the Peace Corps, while Harper awaits checks from her father to fund her artistic dreams. But the two friends quickly shun responsibilities for the day when a pair of good-looking guys invites them along for a carefree Fort Tilden afternoon. As the two young women board their bikes and embark on a lengthy journey to the beach, they quickly realize that, akin to their confusing, transitioning lives, they neither know where they’re going nor how they plan to get there.

The debut feature film of directors Sarah-Violet Bliss and Charles Rogers, “Fort Tilden” is a hilariously insightful look at the consequences of extended adolescence.