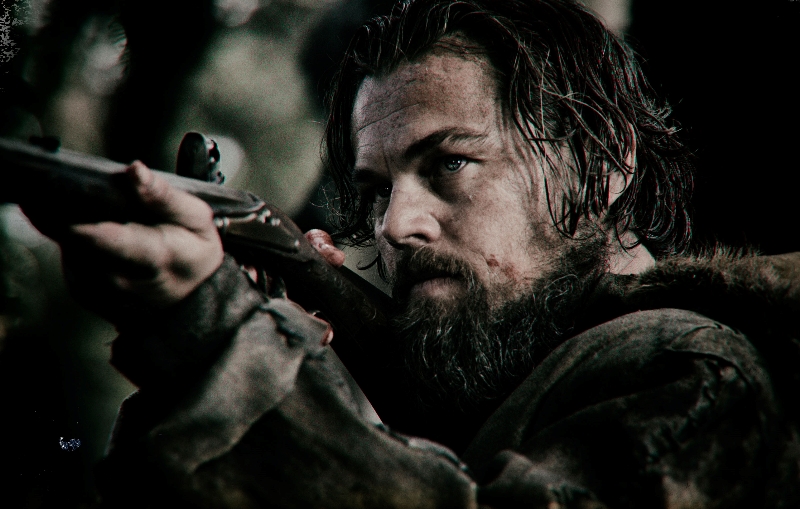 The Revenant, which hits on Christmas day, is going to be a film that takes over film discussion for months, leading into awards and beyond. Birdman took quite a while to get the ball of attention rolling, but it eventually took off. That was the indie that needed word of mouth, and a lot of slow-build exposure. The Revenant, being the next movie from director Alejandro G. Iñárritu, and starring Leonardo DiCaprio and Tom Hardy, is going to be hot immediately, as everyone looks to see if Birdman was a fluke.

There’s a lot at stake, as this could potentially crush at the box office, or could fall into a bizarre backlash space if it isn’t great.

One of the potential problems is DiCaprio. Everyone seems to love him, but he isn’t the guy for everything, and though the trailer has a very distinct feel that it’s trying to put forward, I’m not sure how well DiCaprio can pull off what the film seems to be after. He pulls people in when he’s in the right role, but becomes somewhat forgettable when he doesn’t really fit. It may all just be a result of how the trailer looks, and possibly won’t be an issue in the actual film, but it’s got me a little nervous.

Another potential difficulty, much like Birdman, is that this is a very niche idea, even if it is inspired by true events, and there’s another level of interesting the film has to pull off to draw audiences who aren’t regular fans of the area you’re exploring.

Check it out below, and let me know what you think.

Inspired by true events,  THE REVENANT is an immersive and visceral cinematic experience capturing one man’s epic adventure of survival and the extraordinary power of the human spirit. In an expedition of the uncharted American wilderness, legendary explorer Hugh Glass (Leonardo DiCaprio) is brutally attacked by a bear and left for dead by members of his own hunting team. In a quest to survive, Glass endures unimaginable grief as well as the betrayal of his confidant John Fitzgerald (Tom Hardy). Guided by sheer will and the love of his family, Glass must navigate a vicious winter in a relentless pursuit to live  and find redemption. THE REVENANT is directed and co-written by renowned filmmaker, Academy Award® winner  Alejandro G. Iñárritu (Birdman, Babel).