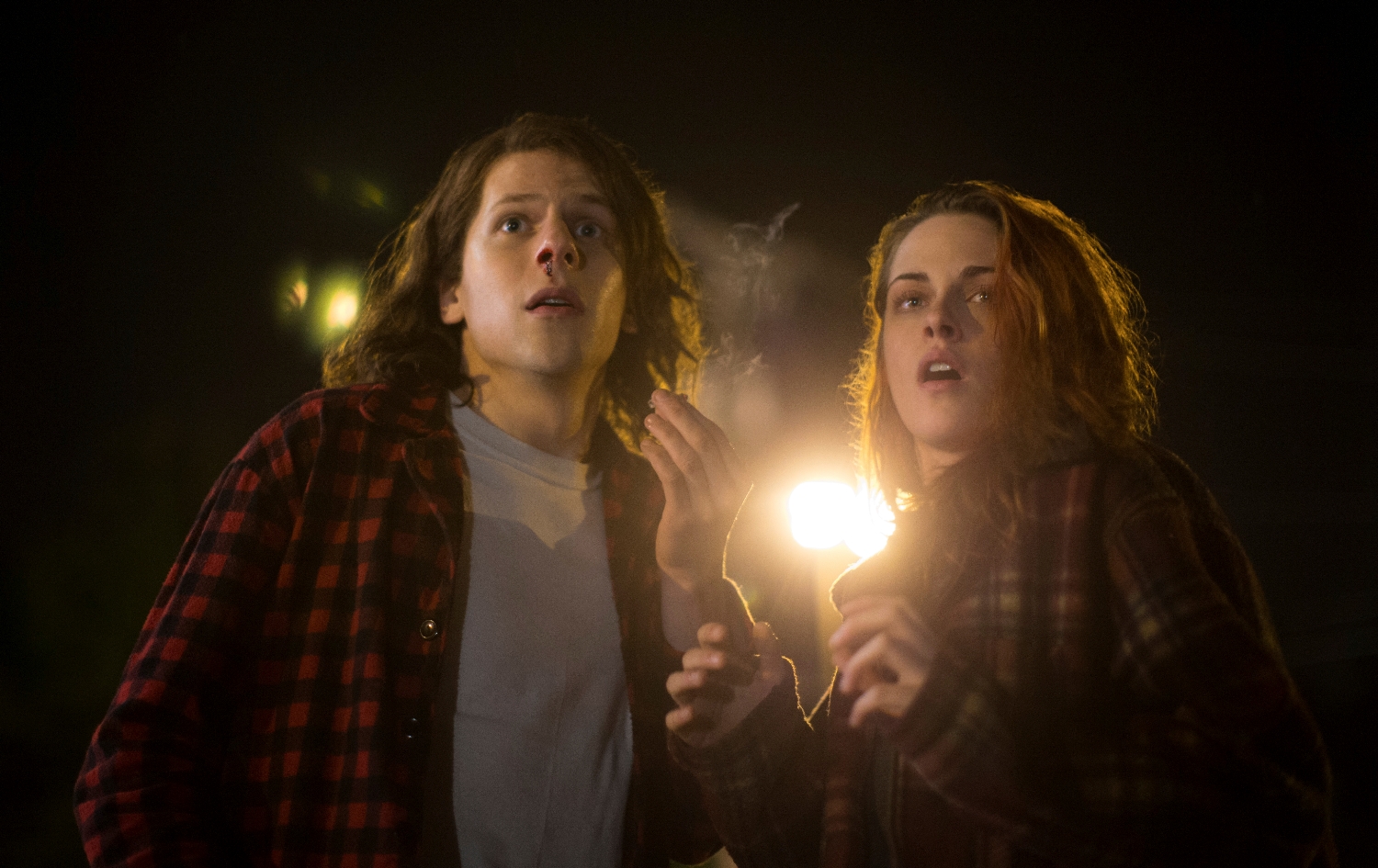 Somehow, American Ultra, the completely crazy, stoner-turned-superagent, action comedy has become one of the movies that I’m most looking forward to seeing. It sounds so nuts that you can’t believe anything good could come from it, but then you see the trailer, and it hooks you.

As if the film didn’t have enough going for it, and didn’t already have you buying your tickets, the stars took a few minutes out from their promotional schedule to interview each other, and it’s hilarious.

The general idea might already sound like something that ought to be funny enough, but Eisenberg gets lost in the idea, wondering if the questions are really on Stewart’s cards, and it all spins down a male/female interview road.

Check it out below, and don’t miss the film.