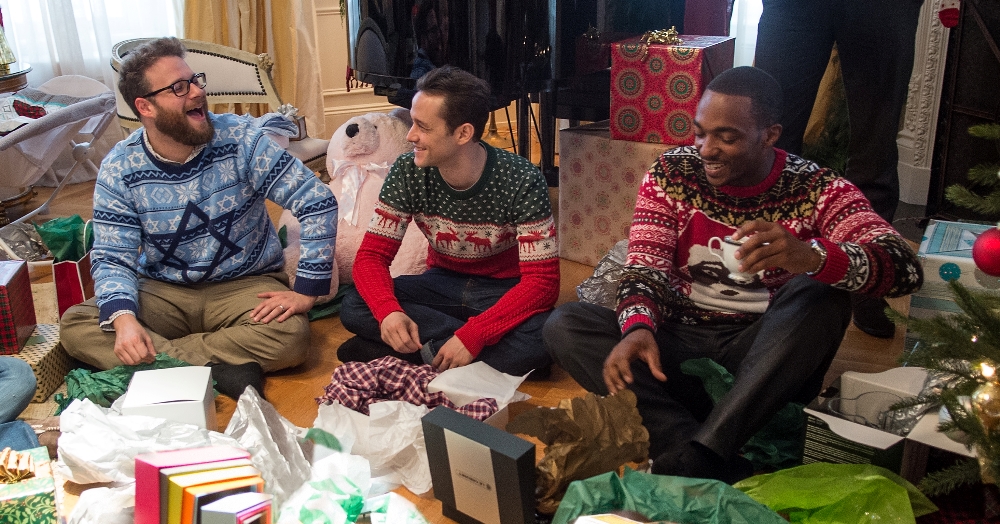 Anyone who’s been following the Marvel-verse over the last year and a half will already know that Anthony Mackie can bring the funny. He plays Sam Wilson (aka Falcon) in the Avengers franchise, and was seen most recently in a sprightly Ant-Man cameo that turned out to be one of the best things in the movie. Before that, he was best known for a handful of supporting roles in heavier fare like Million Dollar Baby and The Hurt Locker — nothing that showcased the actor’s more playful side.

This Christmas, however, he’s starring alongside Seth Rogen and Joseph Gordon-Levitt in an out-and-out comedy: The Night Before. The trio play a group of friends who are out to have one last carefree bender together — on Christmas Eve, no less — before Rogen’s character becomes a first-time dad. The movie looks to be your standard Men Behaving Badly romp, with the additional delight of Rogen attending midnight Mass while dressed in a goofy Star of David sweater. Mackie doesn’t yet have the name recognition of his two costars, but based on the glimpses we get of him in the trailer, that could change with Night’s release on November 25. The added cachet of playing an Avenger (it looks as though Falcon’s role will be significantly expanded in the coming chapters) certainly doesn’t hurt.

The Night Before is directed by Jonathan Levine, who previously teamed with Rogen and Gordon-Levitt for 2011’s 50-50. That film managed to walk a tightrope between comedy and drama, which is an apt metaphor for Gordon-Levitt’s career — in fact, he plays an actual tightrope walker in another fall release, Robert Zemeckis’ The Walk. An actor who can successfully toggle between genres — particularly when one of them is comedy — is a rarity in the business. The Night Before might be the perfect opportunity for Mackie to demonstrate his ability to do the same. 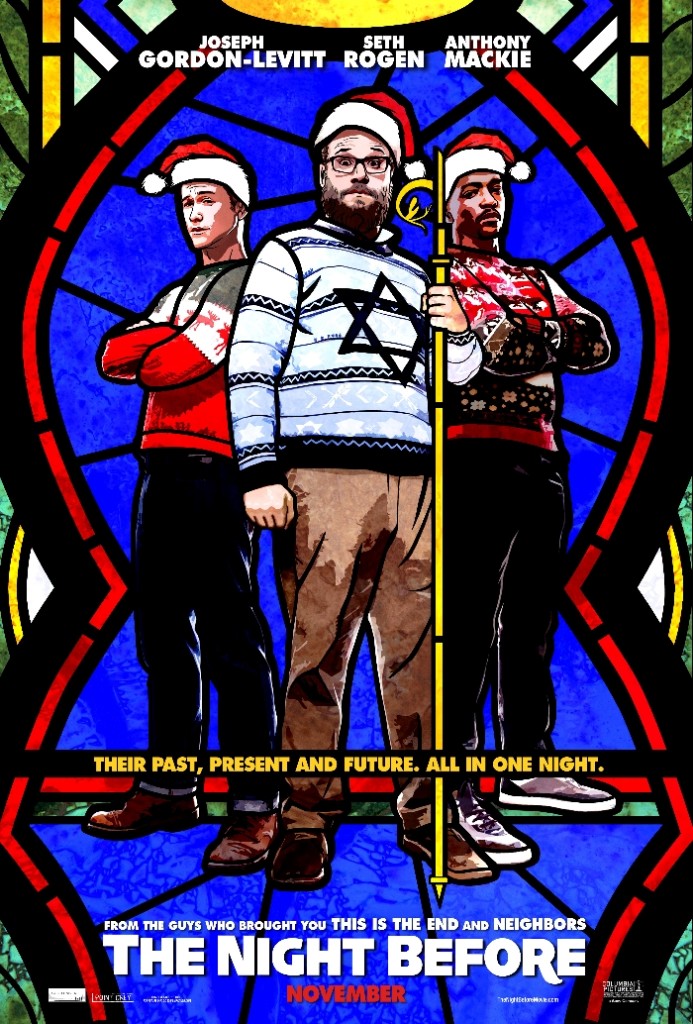 The Night Before Trailer