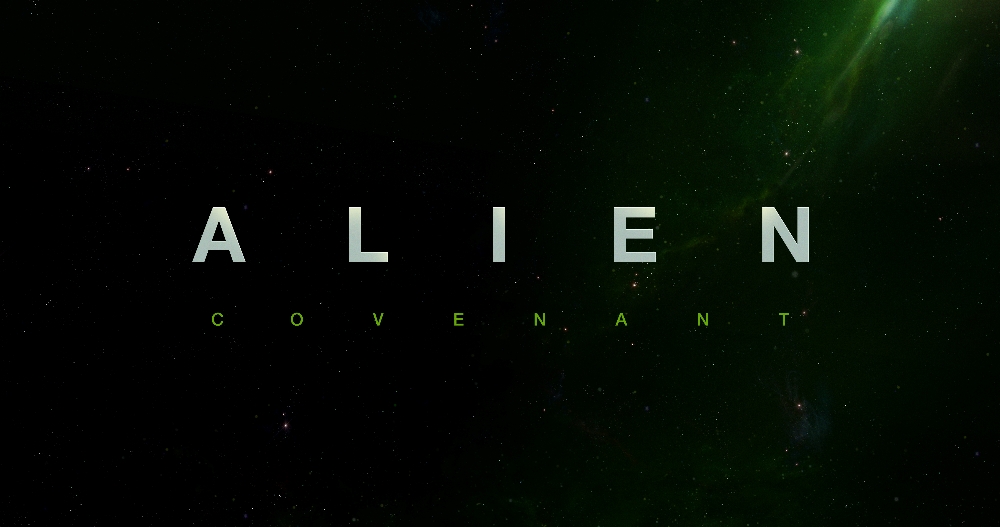 It’s about two years until the scheduled release of Ridley Scott‘s next, Alien-connected, film, but that’s not too early to try to get it on your radar.

Now officially titled Alien: Covenant, the follow-up to Prometheus has an official synopsis that (sort of) connects it directly to the original franchise. A colony ship finds a planet that it thinks is uninhabited, but it turns out that David (Michael Fassbender), from Prometheus, is still hanging around, and apprently hilarity will ensue. This will somehow connect to the other Alien plotline, which doesn’t leave a lot of possibilities for, at the very least, the film’s end, but things are rather open beyond that.

20th Century Fox also released the film’s title treatment (see above), which isn’t particularly surprising, except insofar as it clearly connects itself to Alien again.

Keep your eyes out for more on this one. The connection means that there is a lot of marketing potential, and it’s a safe bet that this is one that will try to capitalize on a lot of angles.

Release: October 6th, 2017
Alien: Covenant Official Synopsis
Ridley Scott returns to the universe he created in ALIEN with ALIEN: COVENANT, the second chapter in a prequel trilogy that began with PROMETHEUS — and connects directly to Scott’s 1979 seminal work of science fiction. Bound for a remote planet on the far side of the galaxy, the crew of the colony ship Covenant discovers what they think is an uncharted paradise, but is actually a dark, dangerous world — whose sole inhabitant is the “synthetic” David (Michael Fassbender), survivor of the doomed Prometheus expedition.