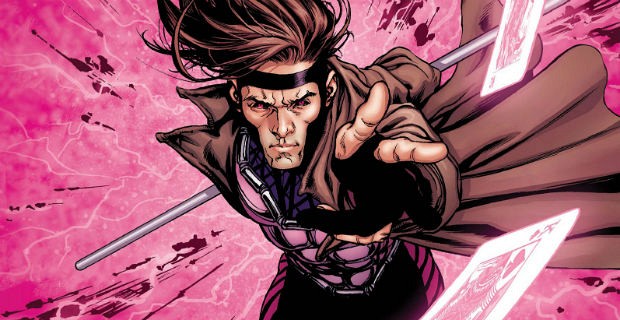 Much like the upcoming Deadpool, which for years was a personal crusade for Ryan Reynolds, Marvel’s Gambit has become something of a personal mission for Channing Tatum. He’s been attached to the project for some time now to play the titular character. However, the project has toiled in pre-production while numerous setbacks have slowed it down. One major hurdle appears to have been cleared (again).

Doug Liman (The Bourne Identity) is coming abroad to be the film’s director according to The Hollywood Reporter. Rupert Wyatt had previously been attached to film before backing out. Fox has already set a release date for the film of October 7, 2016 which puts the project clearly behind schedule. Telling another tale of a Marvel superhero undoubtedly means the film will have a sizable budget and a dependance on special effects. Completion of casting and the start of principal photography will have to happen soon if the film is to have any chance of making it’s targeted release date.

Tatum has long been enthusiastic about the prospects of playing Gambit on film. The “southern charmer” wields a lethal deck of cards and has been known to work with the X-Men at times. According to at least one report, Fox has big plans for Gambit beyond next year’s film. Hugh Jackman has already stated that he is nearing the end of his run at the iconic Wolverine, who is undoubtedly the most popular of the X-Men. Rather than recast that role, Fox may be looking for Gambit (and Tatum) to fill those big claws as a regular. If that’s true, it puts even more pressure on Liman to deliver a hit that the studio can build on.

Coming off this year’s disaster that was The Fantastic Four, Fox cannot afford to misfire on another key piece of their limited Marvel holdings. While next year will bring X-Men: Apocalypse to the theaters, indications are everywhere that things are changing in Fox’s Marvel cinematic universe. It’s now the time that Fox needs another franchise worthy hero. They’re banking on Tatum and now Liman to help make that happen.