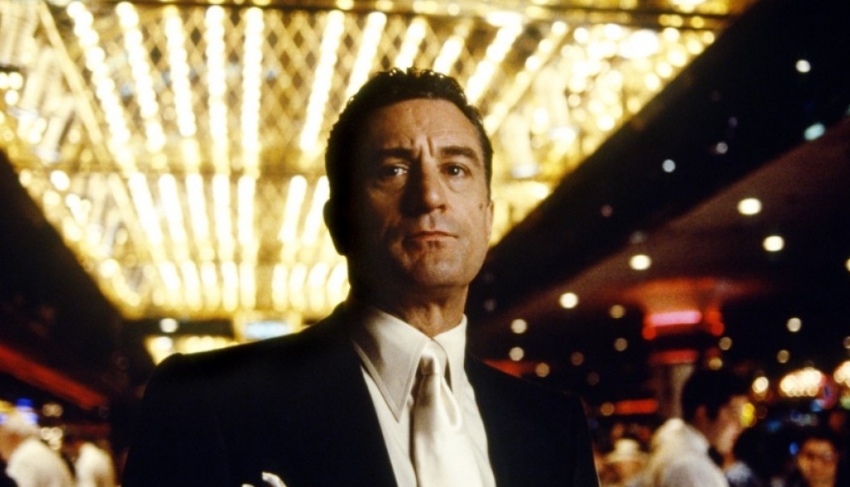 It was the second collaboration between director Martin Scorsese and writer Nicholas Pileggi. Their first film together, Goodfellas (1990), was an instant classic that was nominated for six Oscars. Maybe it was in that long shadow of one of the best mobster films of all-time, that has reduced 1995’s Casino to the role of “that other mobster film.”  Although it did bring back many familiar faces both in front of and behind the camera, Casino should be remembered as a modern American classic in its own right.

The film is the story of two mobsters who move to Las Vegas to make their mark (and some money) by building a gambling empire. Ace Rothstein (Robert De Niro) and Nicky Santoro (Joe Pesci) have their friendship pushed to its limits as they become consumed with lust, greed, and deception. Sharon Stone delivers hands down her best performance ever as Ace’s wife, Ginger. She was nominated for an Oscar for her work. De Niro and Pesci were likely passed over by the Academy because the similarities to the pedestrian eye between this film and Goodfellas. Nevertheless, they are equally outstanding as tragic criminal characters who become each other’s undoing.

No other film in history captures the time period in Las Vegas as well as Casino. It was an age before Vegas was run by multinational corporations and mega casinos. As expansion and growth boomed at a rapid rate, corruption and crime also grew exponentially. It was in this void that the Mafia moved in. Eventually the vices that drive their characters also become their fatal flaw and bring an end to the reign of men like Ace Rothstein in Sin City. Ace’s obsessiveness, Ginger’s greed, and Nicky’s impulsive nature — Shakespearean worthy fatal flaws that ultimately doom each one.

With all love and respect to Francis Ford Coppola, there is no filmmaker who tells a better crime drama than Martin Scorsese. To objectively look at the body of work, there is absolutely no contest. His eye for cinematic excellence paired with fantastic a soundtrack is on display again with Casino. As he did with Goodfellas, Scorsese utilizes character narration to help move the story along in some of the best ways. Below is an example as Nicky talks about bringing his crew to Vegas.

The scope of this story is as large as anything Scorsese had taken on. The final running time of the film, 2 hours and 45 minutes, reflects the wide range of the narrative (it’s a big story). Some have been critical of the nearly three length, but there really is little that is frivolous in the film. Every inch of film reel was used to capture an the engrossing tale. For those who appreciate a good mob story, fans of Scorsese, and affectionados of American crime history are all rewarded with one of the best films of its kind.

Earlier this year, fans of Goodfellas were given quite a treat to celebrate the film’s 25th anniversary: a definitive Blu-ray edition with 1080p scan that provides a picture so crisp, it’s like watching the film for the first time. I’m not sure what is so magically about a film’s 25th anniversary versus its 20th or anything else … but hope remains that in the year 2020, the faithful among us will likewise be rewarded with a definitive edition of Casino.