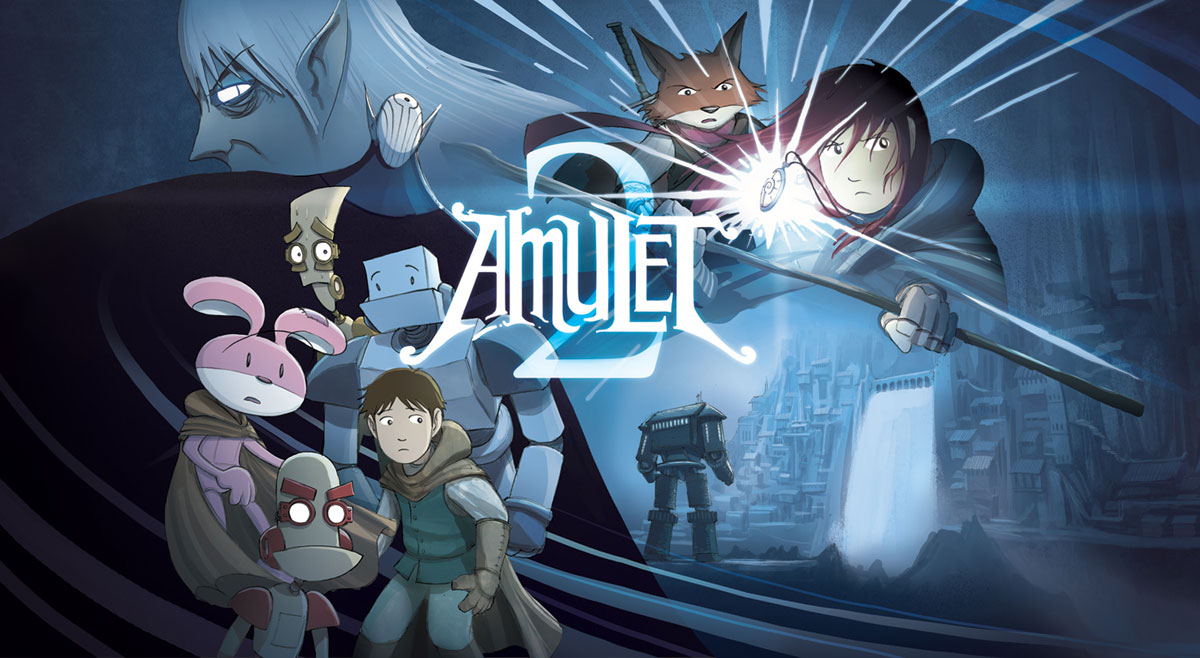 ‘Tis the season and many studios are in a shopping mood. Among the most recent acquisitions comes a bid for a fantasy/sci-fi franchise based on a popular graphic novel series. 20th Century Fox has acquired the Amulet series from writer/illustrator Kabu Kibuishi.

The graphic novel series is currently six books long with a highly anticpated seventh story due in February. The series has sold over 2 million copies worldwide. Scholastic handles US publications of the books. The series follows a girl (Emily) and her brother (Navin) as they battle their way through a strange world of monsters, robots, elves, and magic stones. Their late grandfather had a secret life they never knew, and the journey takes them to discover the past and help preserve the future.

Temple Hill is set to produce the film. The company has been making a niche in the YA adaptation market with such hits as The Fault in Our Stars, Paper Towns, and Maze Runner.

No release date has been announced yet for the film treatment of Amulet.