See the Full Movie Page Mockingjay — Part 2: Too Much Is Not Enough 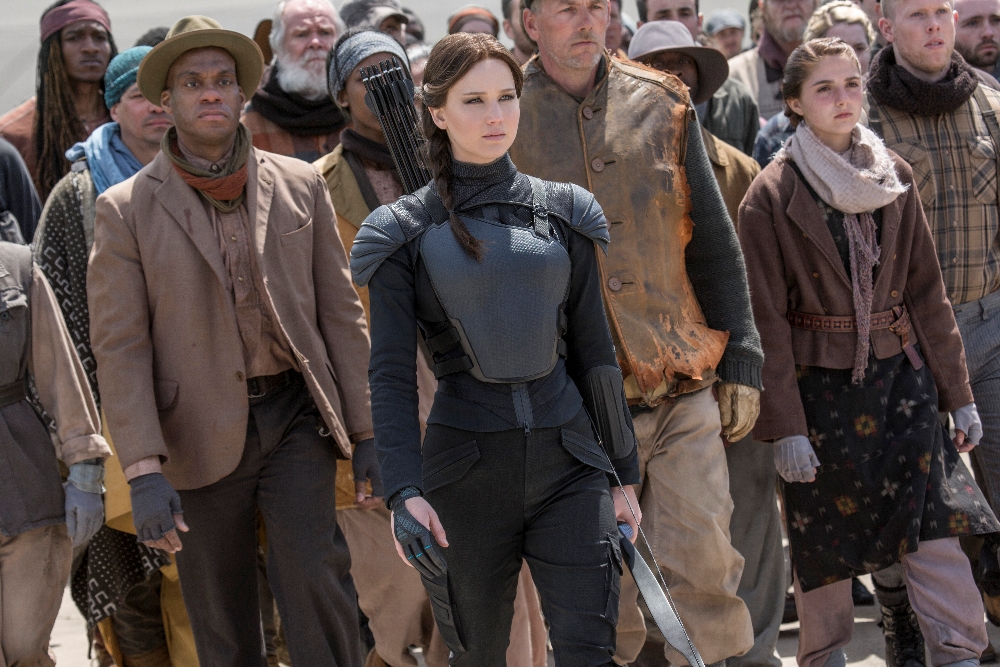 The Hunger Games: Mockingjay — Part 2 may have won the top spot at the box office its first weekend, but its numbers thus far have placed it on the bottom rung of the franchise’s earning ladder. Despite the studio’s claims that they’re not disappointed in the film’s opening take, a $20 million decline in ticket sales can hardly be considered good news for the concluding film in a series. (If indeed it is the concluding film; it’s rumored that at least one Hunger Games prequel could be in our future.) Combine that with the movie’s mediocre critical reception, not to mention the competition it’s primed to face in a few weeks from a little space opera, and Part 2 is on track to be the lowest-grossing Hunger Games of them all.

The main problem may be right there in the title: Part 2. The Harry Potter and Twilight franchises popularized the practice of splitting the final book in a series into two films, and it seemed to be a win-win: More money in the coffers, more magazine covers emblazoned with the stars’ faces, more opportunities for fans to geek out. And in those cases, at least it made a modicum of sense in terms of narrative structure.

Suzanne Collins’ Mockingjay, on the other hand, is neither particularly long nor structurally complicated; in fact, not a whole lot happens in it until the last few chapters. No one, save for cash-crazed studio executives, could argue that it was necessary to milk two movies out of those pages. The same issue lurks in the wings for the upcoming The Divergent Series: Allegiant — Part 1. And last year brought us the merciful conclusion of The Hobbit, a sweet fantasy tome of under a hundred pages that was injected with steroids and bloated into a nine-hour epic. It’s a good thing the idea of stretching a single book into more than one film didn’t occur to Peter Jackson fifteen years ago, or we might still be waiting to buy our tickets for The Lord of the Rings: Return of the King — Part 7.

There’s a certain type of fan that will never complain when presented with more of their “pop dope” of choice (to borrow a phrase from Stephen King), and Lionsgate isn’t about to let the pesky issue of source material stand in the way of their franchise — the prequel rumors alone are proof of that. This Mockingjay, however, might have flown more smoothly had it been carrying one whole movie, instead of two unwieldy halves.