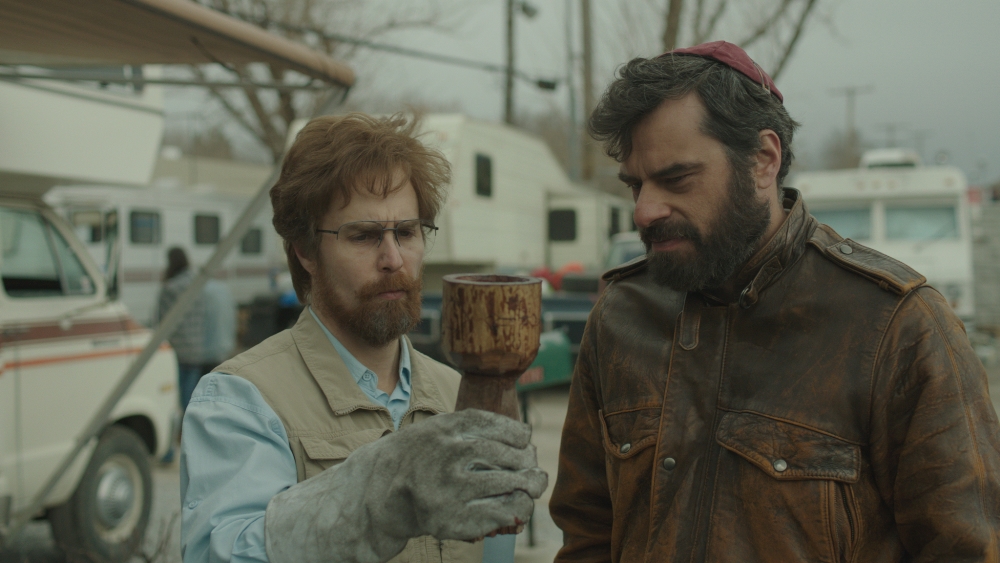 Jared Hess is still having trouble getting out of his own shadow, but Don Verdean may just be the film that opens things up for him. After Napoleon Dynamite, many of the reviews of his films included the line, “Well, it’s no Napoleon Dynamite,” and it can be a struggle when many people fall so hard for your first big effort.

Don Verdean, loaded with a great cast, looks to be an effort that can establish a foothold, and it’s a film that should manage a lot of fans.

The film has released a couple of new clips, and they help show off the wild ride.

Don Verdean is in select theaters now, and is available On Demand.

Hired by an ambitious small-town pastor to find sacred relics in the Holy Land, a self-proclaimed Biblical archaeologist comes up short and his attempt to cover up his failure fuels a comic conspiracy from the filmmaking team behind Napoleon Dynamite and Nacho Libre.