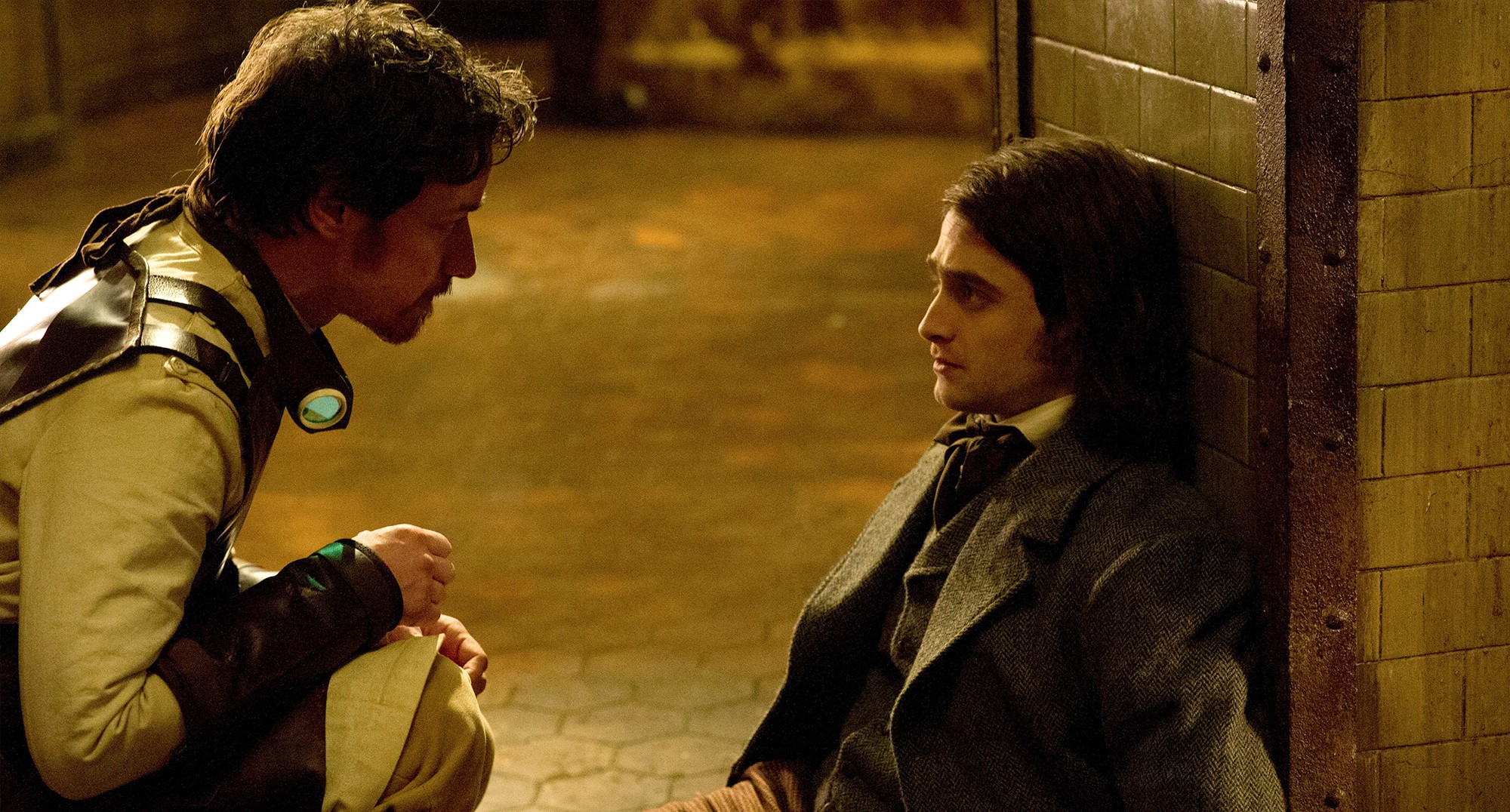 The film’s concept is an intriguing one: retell Mary Shelley’s famous monster story with a focus on the man not the monster. Even more, go deep into the character of the crazed doctor to show it was he, not his creation, that is the real monster. Sounds great, right? The problem is that Victor Frankenstein lacks the discipline to stick to this profound premise.

James McAvoy does the honors as the driven doctor, with Daniel Radcliffe joining as his assistant Igor. The screenplay by Max Landis (American Ultra) has some nice twists in it as the writer takes great liberty with the origin stories of both characters. This reimagining of the story is welcome and helps make this version truly unique. Landis also tells the story from the perspective of Igor, which works to unsettling results during the film’s first act as the audience has yet to draw any conclusions on the character or motives of the doctor.

It is in the second act where the experiment goes awry. The story becomes bogged down with its focus muddled as we are burdened with the unnecessary love story of Igor and Lorelei (Jessica Brown Findlay). If the film was called “Igor” then I’d have no gripe against the time allocated to this romantic angle, but in a film that has declared its focus to be Dr. Frankenstein, the relationship is pointless. It adds nothing to the development of our mad scientist and if anything, it’s likely to distract some viewers who might (like me) be waiting for some sort of love triangle to develop. Instead, it seems an unfortunate distraction and a momentum killer.

McAvoy’s performance as Victor Frankenstein is admirable, if a bit overplayed. It seems he may have been as confused about his character as ultimately the audience is likely to be. He is both the hero and the villain, the man and the monster, all in the same story arc. This is tricky business that could be completed with a very delicate hand. Instead the film’s director, Paul McGuigan, takes a very ham-fisted approach that seems to bring out the worst overacting from his talented star. McAvoy’s tears, laughter, and screams all seem forced even when we want to believe they are justified.

McGuigan was clearly an ill-fit for what would have played better as a deeper character piece. His prior work includes a fair amount of TV and films such as Lucky Number Slevin (2006) and Push (2009). In key sequences in both the beginning and end of the film, it’s clear he can’t subvert the urges to be flashy with cartoonish action sequences. It’s another distraction that discredits the levity built within the events in between these goofy bookends. I have to wonder what a different director would have done with Landis’ promising script.

One of the best performances of the film is delivered by Andrew Scott who plays a morally empowered Scotland Yard inspector. Audiences will recognize Scott from BBC’s Sherlock and this fall’s Spectre. His obsession with stopping what he knows will be an abomination of science and faith is intriguing. It’s the kind of role Scott is best suited for and when allowed, he sinks his teeth into it. Time spent developing the finer points of his motivation during the film’s first hour are all but lost by its rapid fire conclusion. Audiences would have been better served by more time on his haunted and driven Inspector Turpin than on the childish romances of a grown up Harry Potter (sorry, Daniel).

In the end, the film disappoints on so many levels. It suffers from a lack of focus as if during production those involved, particularly the director, forgot what the story was really about. The conclusion, which comes without surprise, will likely be a yawn and the film one should be forgotten. As Victor Frankenstein also had to learn, some things aren’t meant to live.