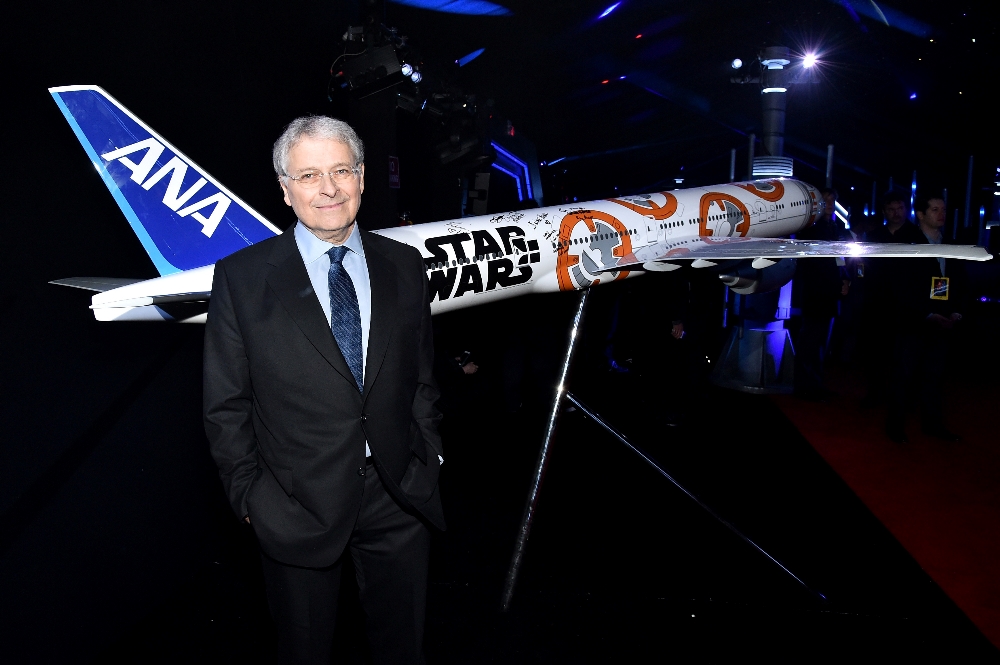 Two years ago, when filmmaker JJ Abrams took up the righteous burden to continue the most popular saga in film history, he may not have realized the magnitude of the storytelling. A script was being drafted by Michael Arndt (Toy Story 3) based on some loose framework and ideas from George Lucas. However, after 18 months the script was far from being a finished product. To Arndt’s credit, writing a Star Wars story (a good one) is not as easy as the casual fan might think. Just ask Star Wars creator George Lucas.

After the unprecedented success of A New Hope in 1977, Lucas had more than he could have dreamed. His big risk had paid off and now the world demanded more. While Lucas clearly always saw the original Star Wars as part of a bigger story (it’s called Episode IV for a reason), what he didn’t have was a script for his sequel. For the gargantuan task, Lucas called on a screenwriting veteran.

Leigh Brackett had penned some of the big screen’s most memorable films including The Big Sleep, The Long Goodbye, and Rio Bravo. Unfortunately Brackett’s health would fail before her pen and she passed away before the script/story was complete. So Lucas turned to another a writer that he and Steven Spielberg had working on another project.

Lawrence Kasdan had just completed a first draft of what would become Raiders of the Lost Ark. As Kasdan tells it, Lucas hadn’t even read the script before asking him to bail out the Star Wars sequel.

He recalled that life changing moment in a recent interview with Wired.

“George (Lucas) said, ‘do you want to write Empire Strikes Back?’ Literally, he threw it on the desk and asked me to write Empire. He said, ‘we’re in big trouble. Leigh Brackett [who wrote the first draft] has passed away. They’re building sets in England. And I don’t have a script.’

I said, ‘maybe you ought to read Raiders first.’

He said, ‘I’m going to read it tonight, and if I don’t like it I’ll call you back tomorrow and take back this offer.”

Lucas didn’t change his mind and Kasdan went on to script what most agree is the best Star Wars film so far. It doesn’t take a film scholar to hear the difference in dialogue between A New Hope and The Empire Strikes Back. To his credit, Lucas seemed to realize after the first film he needed help specifically with dialogue. As Harrison Ford famously told him, “you can write this s&*t but you can’t say it.”

Kasdan’s nuts to soup writing complimented Lucas’ creativity in unthinkable ways. Lucas told him that Vader was Luke’s father. What did that mean? What were the implications? Well, that was up to Kasdan to fill in those gaps.

“Instead of writing Empire himself, George was bringing me in, and I thought the implication and license he was giving me was, let’s make this interesting in ways the first one wasn’t, maybe. Nothing could be more fun than A New Hope, but in Empire the characters could be more interesting, more complex. They could have more shape to them. I thought that was inherent in him offering me the job.”

When Lucasfilm originally approached Kasdan about The Force Awakens, his role was that of consultant. He was there to meet with Arndt, Abrams, and Kathleen Kennedy (head of Lucasfilm) to provide insight and guidance. However, once again crunch time occurred when after eighteen months they still didn’t have a completed script. And once again, sets were being built, people were being hired, and the clock was ticking. Most of Lucas’ original ideas were discarded, as Abrams and Kasdan set off to essentially start over.

Like his favorite Star Wars character (Han Solo), Kasdan swept in at the last second and saved the day.

“There were issues that were coming up and there was enormous pressure to get the thing done … when everyone decided that J.J. and I would write the script, there was no big adjustment. We were already really getting along. Then, we just started again.”

If The Force Awakens is as good as we suspect it will be, Kasdan should be recognized for his herculean efforts. His influence on the story, the characters, and literally the substance of Star Wars cannot be overstated. His pen brought Lucas’ ideas to life for The Empire Strikes Back and Return of the Jedi. Now he’s helped another creative genuis focus his grand ideas into a polished script.

Perhaps the way to appreciate Kasdan’s impact is to look at the films he didn’t work on. For reasons that still confound me, Lucas took over 100% creative control when it came to the Star Wars prequels. His limitations as a screenwriter are all too apparent on the screen. Just imagine how different Anakin Skywalker, young Obi-Wan Kenobi, and even Count Dooku (still the worst name in the SW universe) would have been if Kasdan’s pen had written their dialogue.

Thankfully, the 66-year old scribe is not quite done with that galaxy far, far away. Along with his son, Jon Kasdan, he is writing the script for the much-anticipated film adventures of a young Han Solo. It’s a character he knows well and isn’t afraid to show preference for.

He’s reckless, he’s feckless,” Kasdan said in a recent interview. “He’s cynical. He’s tough. He’s pragmatic. He’s not that smart. I like that. He’s the most fun.”

We can safely assume Solo plays a sizable role in the new film based on numerous trailers, TV spots, and digital marketing. He is likely the most important, at least to this film, of the original trilogy heroes. It is then only fitting that Kasdan’s hands penned the script that would bring him back after three decades and reboot this beloved franchise.

Star Wars: The Force Awakens opens in theaters on December 18, 2015.