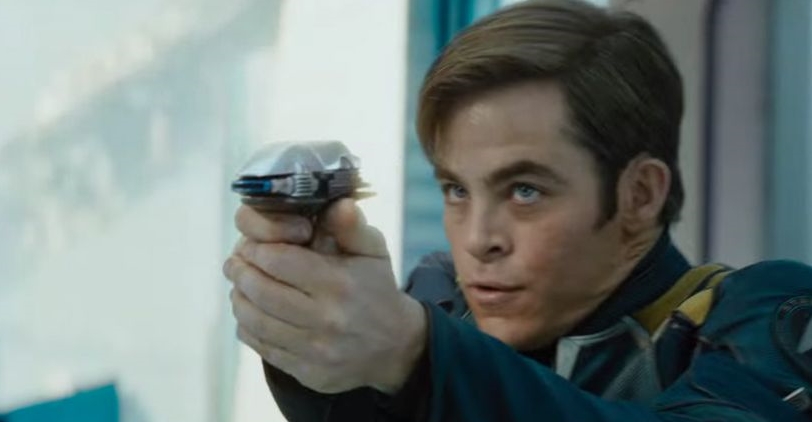 For longtime Trekkies who weren’t fond of J.J. Abrams emphasis on physical action in his first two Star Trek films, are not likely to be much happier with Star Trek Beyond. Justin Lin, who last helmed The Fast and the Furious 6, looks to have raised the action level again.
The first trailer for Star Trek Beyond is now available and this much is for sure — the film is not going to scale back on over-the-top action sequences. Our first glimpse at the new film provides a frantic, nonstop sizzle reel where we see our heroes in various states of peril. The crew of the USS Enterprise looks to have their hands full in this new adventure. And Kirk (Chris Pine) and company better hope that famous starship is well insured by the looks of the damage it’ll be taking.

Abrams’ Bad Robot label is still involved in the production on the film, so JJ’s influence on the film will be evident even though he’s not directing. For instance, as much as we can see in the first trailer, we don’t see Idris Elba who we know if playing the chief villain. In classic Abrams style, the reveal of his character is likely to come gradually over the next six months. And specifically what is going on amidst all this action? Don’t expect answers anytime soon … we’ve got a long way until the summer of 2016.