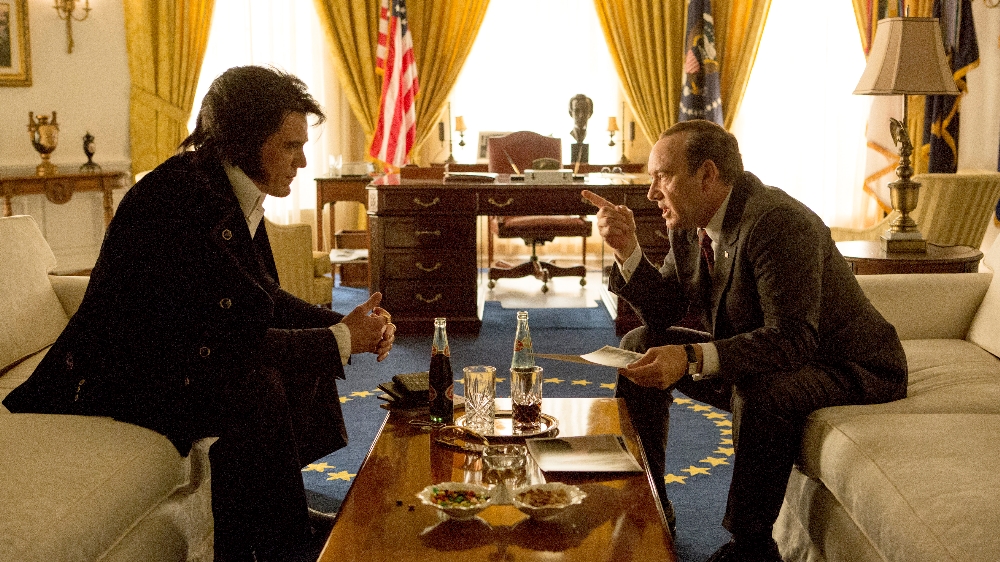 The first trailer has been released for what promises to be one of the more unique films of 2016. Elvis & Nixon tells the story of the unlikely meeting and subsequent partnership between the music legend and the 37th President of the United States.

Now, those seeking only the most historically accurate fair will likely want to skip this one. It’s more “inspired by” rather than “based on” historical facts. Yes, the two men met in the White House and there is a historical picture to prove it, but this one is an embellishment taken by first-time screenwriters Joey and Hanala Sagal.

What should prove to be a cinematic treat will be the performances of Kevin Spacey (Nixon) and Michael Shannon (Elvis). Just in the short trailer, the two men channel their zany side through two of the more interesting characters in American history. 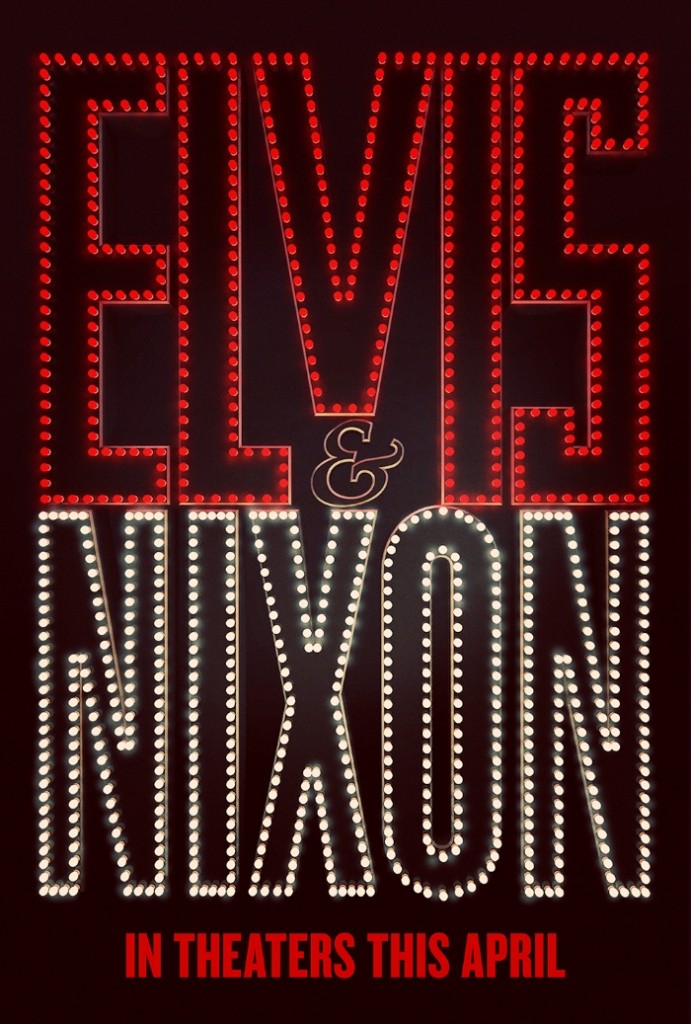 On a December morning in 1970, the King of Rock ’n Roll showed up on the lawn of the White House to request a meeting with the most powerful man in the world, President Nixon. Starring Academy Award® nominee Michael Shannon as Elvis Presley and two-time Academy Award® winner Kevin Spacey as Richard Nixon, comes the untold true story behind this revealing, yet humorous moment in the Oval Office forever immortalized in the most requested photograph in the National Archives.