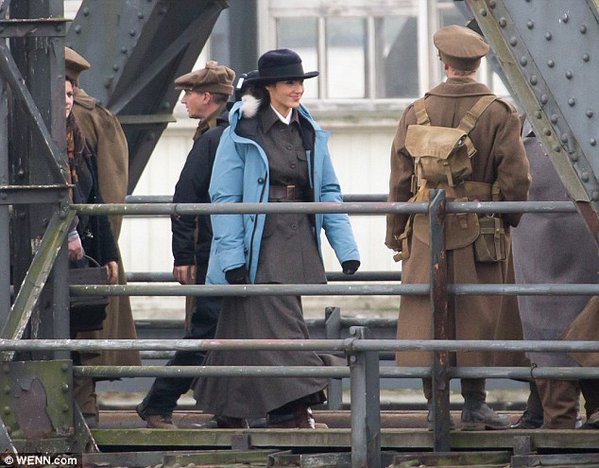 New images and details are coming from the first stand alone Wonder Woman movie. New set photos released via social media confirm that at least some of the film will take place during World War I.  How the heroine from Paradise Island gets tangled up in the “war to end all wars” is yet to be seen. What we do know is that her first love, American Steve Rodgers (played by Chris Pine), will be at her side.

Since we know that Wonder Woman (Gal Gadot) will be making her big screen debut in next year’s Batman v. Superman: Dawn of Justice, how the WWI set story fits into the greater narrative is unknown. It’s easy to speculate that the film will likely be a sort of prequel and possible origin story.

While principal photography has just started and the film is more than a year away from its theatrical release, anxious fans will get their first behind the scenes glimpse in January on TV via the CW network. In an effort to cross promote with other WB/DC properties (Arrow, Flash, Legends of Tomorrow), the studio is offering fans a sneak peak of Wonder Woman along with a new trailer for Suicide Squad and new footage from Batman v. Superman: Dawn of Justice. WB is coming off a disastrous year financially and looking to its superheroes to help lead a big rebound year in 2016.