Screwball comedies are a lot more difficult than they seem, and a large part of that difficulty is how easily they can turn into something that’s mostly boring, even when they’re moving pretty well. Where a lot of film genres can overcome a few bumps, if this brand of comedy misses a note, it immediately jumps the rails, and you’re left with a mess.

Though relative newcomer Max Landis is aiming to cover a variety of genres (Chronicle, Victor Frankenstein), he ought to be very familiar with the concept as the son of legendary director John Landis (Animal House, The Blues Brothers, Three Amigos).

Somewhere around the halfway point, American Ultra loses its tone, and while still a fair bit of fun, it never manages to figure out exactly what it’s trying to be. You want to give Landis a break, because you can imagine that Topher Grace‘s character sounds good on paper, but he, and many other things, don’t make it to the screen as anything but curious stumbling blocks.

Mike Howell (Jesse Eisenberg) and Phoebe Larson (Kristen Stewart) are living in small town America, and their days are filled with a kind of all-encompassing lack of ambition, and a lot of pot. Mike works at the local, tiny grocery store, and Phoebe works at a Bail Bonds company. Neither of them are likely to ever do anything else. But, much as Mike may be a self-professed screw-up, he knows Phoebe is the best thing to ever happen to him. He tries to take her to Hawaii, where he plans to propose, but he suffers panic attacks whenever he tries to leave town.

This attempt is the last straw for Adrian Yates (Topher Grace), a CIA operative of a rank that won’t be described, but puts him in charge, technically, of Victoria Lasseter (Connie Britton). It turns out that Mike is actually a deactivated asset of the CIA, and Victoria was in charge of the program he was part of. The program wasn’t working generally, and was scrapped, which means that Mike’s mind was wiped, he was given a new identity, and dropped in a new town. But, since he won’t stop trying to leave town, and Adrian is a nut, it has been decided that Mike needs to be killed, lest something bad happen, or whatever.

Victoria isn’t happy about the idea, and she activates him, though it doesn’t quite work the way one might expect. When a couple operatives show up to kill him, Mike takes them out with little effort, and a spoon, but he doesn’t know how he does it, and has no memory of any other life.

This leads to a rather fun adventure that revolves around Mike and Phoebe freaking out a lot, Adrian throwing a tantrum, and everyone running around with little idea what to do next, as our “heroes” try to stay alive.

The film kicks off well, and the interactions with Eisenberg and Stewart serve as a wonderful, if slightly overlong, entry to the premise. Once things get moving, this is the sort of effort that is right in Eisenberg’s wheelhouse, and he pulls off “daffy” in a way that will make you try to imagine what a young Chevy Chase would have attempted with the role. In fact, the film fits with where you might have expected John Landis’ films to develop, if they were injected with a more modern sensibility. This, of course, makes you think that perhaps dad was rather “helpful” during the creative process.

The fly in the ointment is the attention to the CIA and Topher Grace’s character. The film pulls itself apart, and tries to deliver on too many levels, which means it doesn’t really succeed at any of them. It aims too much for an odd statement on the CIA, spends too much time harping on the crazy inherent in the system, and doesn’t have an overall tone that matches with the story it wants to give. Adrian isn’t an egotistical, uncaring, microcosm of the forces that be, he’s just a psychopath who spent a lot of his youth pulling the wings off flies. It’s a character that could work, but the movie would have to go full Blazing Saddles to fit him in, and wacky as it is, it’s far too serious for Adrian to be anything but a distraction that pulls the audience away from everything else.

The best version of the film pays far less attention to the CIA, and just runs with Mike and Phoebe. During the stints the film offers that resemble that theoretical film, and much like Landis senior’s films, it’s a lot of fun, because it just lets itself be the screwy adventure it should be.

Ultimately, there’s a lot of fun that makes its way through the mire, but the film is sadly disappointing. With a few more revisions to the screenplay, the ability to properly use stars like John Leguizamo and Walton Goggins, and in the hands of someone who had more experience than one other (really bad) film directing, this could have been an instant classic. 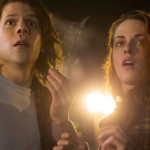 Marc and Shane take a look at American Ultra, and let you know if it's worth your ticket money. The question... more > 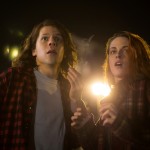 Somehow, American Ultra, the completely crazy, stoner-turned-superagent, action comedy has become one of the movies that I'm most looking forward... more > 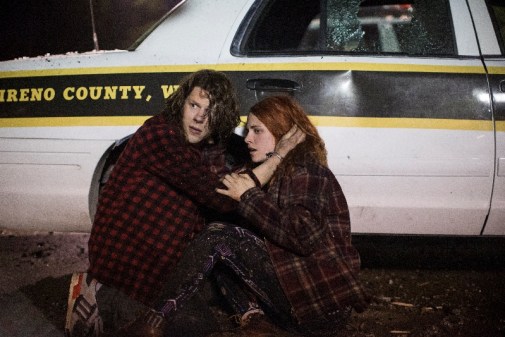 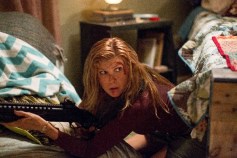 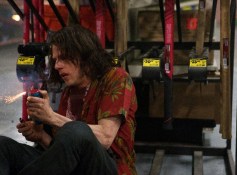 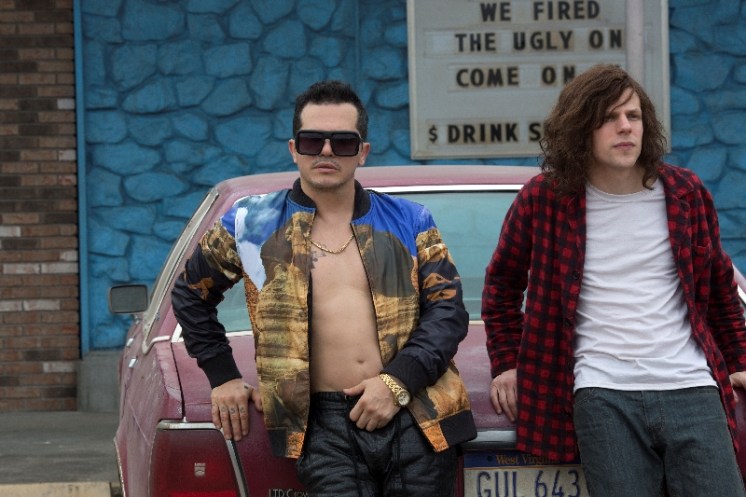 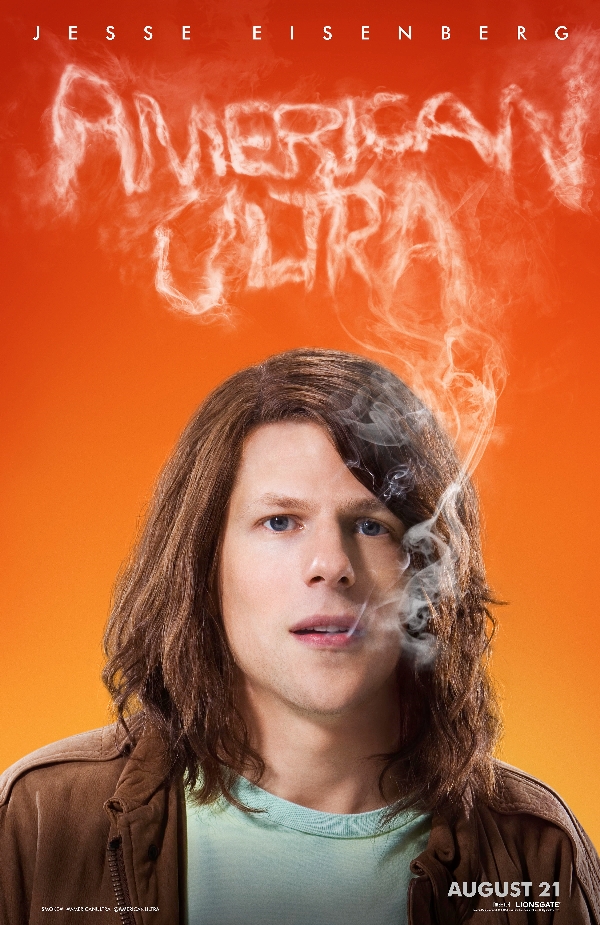