Though Marvel has been raking in dollars at the box office for quite a while now, they’ve also been doing a lot of “testing,” mainly to determine the marketable breadth of their properties. Ant-Man is a big step in that work, just as Guardians of the Galaxy was. Sure, Iron Man will sell tickets whether it becomes a hit or not, but what about characters that hardly anyone knows?

Ant-Man is even another step removed from the culture at large, because the concept seems counter to the very idea of a superhero.

Plagued by production problems, and losing writers along the way, Ant-Man is a movie that unfortunately shows the wear. Parts of it feel like they were born of a different vision than the whole, and it gives the impression of a film that stripped down a lot of artistic effort in the story construction in order to plug in the simplest steps. At some point, we’ve got to get the thing out, or stick it on the shelf, and when there are disagreements about where things are going, the fallback plan is usually the book of stock plots.

Paul Rudd is Scott Lang, who will ultimately become Ant-Man, and we meet him as he’s being released from prison. A cat burglar, Scott has sworn off crime, because he can’t go back to jail. He has a daughter, and despite being divorced from her mother, he is committed to being in his daughter’s life.

Meanwhile, Dr. Pym (Michael Douglas) has created a miraculous particle, that makes him able to manipulate the space between atoms, and has a suit that can shrink a person to the size of the ant, which makes you very strong. Or, whatever. We see the flashback to 1989, and watch Dr. Pym swear that he’ll never let anyone else have the suit. Back in the present, Dr. Pym has lost control of his own company, as a result of his daughter (Evangeline Lilly) voting him out, and now Darren Cross (Corey Stoll) is in charge, and is very close to replicating the suit.

Pym hires Scott to become Ant-Man, because he needs someone to stop the suit from being sold, which will cause unimaginable chaos throughout the world. As an added bonus, the suit, or related technology Pym has created… or, whatever, also allows Scott to communicate with actual ants.

It’s a premise that opens a lot of doors, and could be a worthwhile conversation delivered in a wild, action effort. Much as Iron Man explored the arms race, and those who sell weapons to whoever will buy them, there is a lot of potential here for the distribution of new tech, and what should be done to monitor and/or deter its use. Though this is something that is technically covered in the film, this isn’t a movie that cares about it.

While Marvel has largely tried to move its stories toward something more similar to the specific comics, and comics generally, than the plug-and-play “plot MadLibs” audiences are familiar with, Ant-Man goes the other direction. It almost becomes a satirical look at how to throw together a plot. There are a lot of fun moments, most of them coming when there are as many people as possible in the frame, so that we can be distracted from the empty plot, and plot devices we’re watching, but there aren’t nearly enough of them.

There’s an adventure in here somewhere, but it’s part heist film, part zany caper, and is more interested in the odd spins of motivation than having anything that comes together as an ultimate plot. It’s as though the film is created by someone who was sick of hearing complaints about motivation-less characters, and decided to overcorrect into absurdity. This is put together with the fact that it also feels like the long-winded story of your most annoying co-worker, who just learned about “having daddy issues,” and now shoves it down your throat like he invented the idea, and dumbs it down, because he isn’t sure you’ll be able to follow. It’s bad enough when you’re characters display their emotional underpinnings like Joey from Friends is back to teaching acting, but it’s yet another level when they start telling you what they are.

Whether it’s the cut-and-paste scenes with Scott and his family, or Darren Cross’ “adoptive Daddy issues” speeches that lay out his “I’ll get back at you for not working with me the way I wanted you to,” plans, it all becomes hard to watch, and doesn’t blend with the largely slapstick style of action, and borderline silly comedy of the rest of the film.

There’s a lot of fun to be had with Ant-Man, though it’s ultimately trying for a goofier arena than many might expect, but it’s as bad as it is good, which is pretty disappointing for a Marvel release. 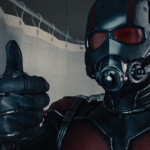 Ant-Man is just around the corner, and while the semi-strange film about a "superhero" who can make himself very small... more > 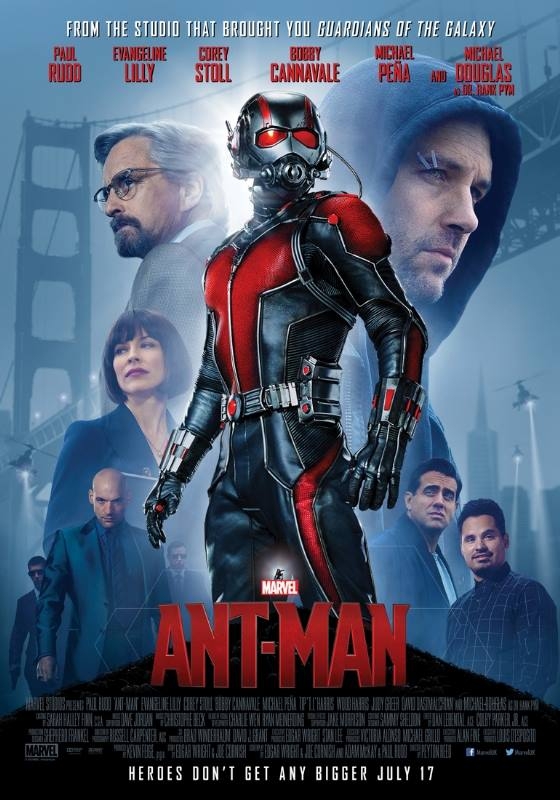