Maybe you thought the story of Rocky Balboa was all told. In many ways, you’d be right. But there’s another Rocky story you don’t know. There is just enough familiarity for comfort mixed with an abundance of originality that makes this not just another sequel. In the end, this is a new story that features a few familiar faces. This is the story of the unknown son of a legend … this is Creed.

Just like its titular character, Creed is the bastard son of a legend long gone. The great days of the Rocky franchise have disappeared and given way to too many sequels that simply rehashed the tired underdog formula. Even later attempts to humanize the superhuman Balboa were met with only marginal success. Original Rocky scribe and actor, Sylvester Stallone, has revisited the franchise in recent years looking for some sense of closure to the character that launched his career. Just like the faded glory of the fictional fighter, that closure seemingly alluded him.

Then writer/director Ryan Coogler took a jab at it with a fresh tale of the unknown and illegitimate son of Balboa’s greatest competitor and dearest friend. In the end, what might be most amazing is that this film works in all the ways you wouldn’t expect it to. He’s created a film that is very much his own. It owes no true debt to the Rocky franchise and yet serves as a fitting epilogue to it.

Adonis Johnson/Creed (Michael B. Jordan) has the rage … sorry, the “eye of the tiger” … that his father Apollo once made famous. We see a young man early in the film that can’t control his temper as he lashes out against a world that has neglected him. He fights for any and all reasons, seemingly carrying his hands in a constant state of clenched fists. In comes “Ma” Creed (Phylicia Rashad) to the rescue as she displays the ultimate exhibit of love – she takes in the boy who is the product of her late husband’s infidelity. This single act changes the path of Adonis’ life and sets an important tone for the rest of the film.

Here’s where Creed is likely to surprise you: the film is not about anger … it’s about love. Coogler has played a beautiful slight of hand in getting the audience to think they are watching a boxing film about a young man searching to make his own legacy. In reality, he’s telling the ultimate story of how love can conquer all divisions (age, race, economics, and even abandonment).

If that makes you squirm a little, have no fear – there is plenty of testosterone filled fight scenes to allow the most macho of us to walk out of the theater with heads held high. Adonis is a man who has a lot to fight for even though it takes until the third act to understand what it is … what it means to carry the name of a legend.

So yes, Rocky is in this film and he is important. In the most important ways, Balboa (Sylvester Stallone) provides a vital gap between Adonis and the father he never knew. The relationship between the young man who was well-schooled in L.A. and the punch drunk former favorite son of Philly provides us with the film’s most unlikely odd couple and most rewarding part of the love story. The affection and bond formed between the two characters as they both have something to fight for is enough to wet the eyes of the most stoic audience members.

Stallone’s performance should not be overlooked. In a career marred by disposable performances in egocentric action vehicles, he delivers his best piece of real acting since the original Rocky. He is conscious that he is no longer the hero, no longer the champ, and no longer the center of the story. And to Stallone’s credit, he handles it beautifully. When he’s not the central point of the story, he manages to be at his best. It will likely surprise many that he even manages to stay away from some of those cliché Stallone deliveries, mannerisms, etc. that might otherwise take away from his performance and the film. For the first time in four decades, he’s the Rocky we first met on those tough streets of Philly and the ultimate underdog we all cheered for.

Creed doesn’t look like most boxing films. Coogler employs several single, continuous shots during key sequences. It’s a critical technique as it keeps the viewer engaged in the action on an intimate level without the distraction of the cut away type shots that are typically used. The most traditional approach is taken in the film’s final fight but even then he manages to mix in some really good camera work. Throughout the film, the director used many close shots of his actors rather than pulling back and giving the viewer the more traditional scope of the scene. The end result is that more emphasis is placed on every nuisance of his actors (nonverbal reactions) and we feel the story for what it should be … a very personal story. Coogler understands what so many directors who make these films don’t; in the end, the story is more interesting when it’s about the fighter rather than the fight.

Creed is a triumph is every way. I struggled to find significant flaws in the film. I’ll stop short of calling it film perfection, as I just can’t do that for any film I’ve only viewed once. Without question, it is a knockout film that will rightfully make many shortlists for the best of 2015. Coogler (who also wrote the story and script) and Stallone should be spotlighted for their efforts. Jordan gives a solid performance that he should be proud of.

Before the final bell, just like his character, he steps out of the shadow and into his own. 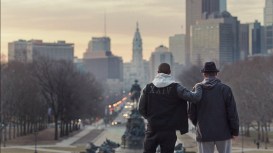 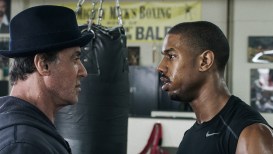 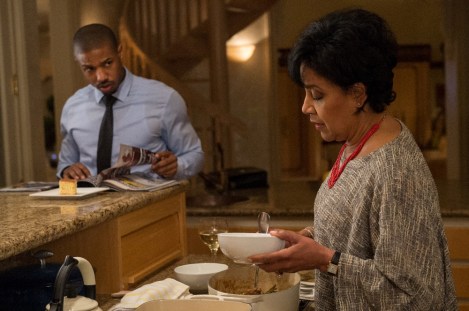 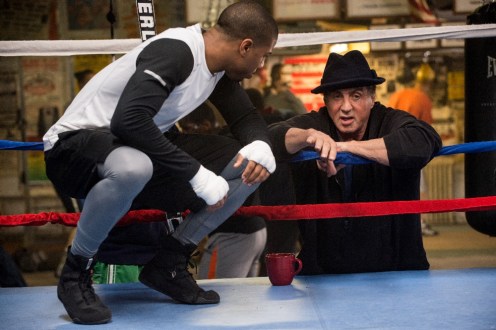 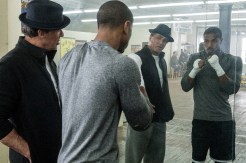 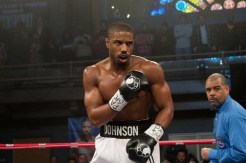 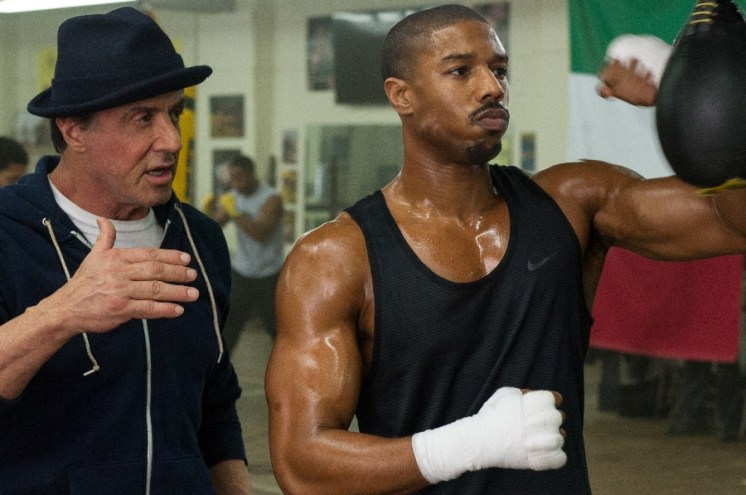 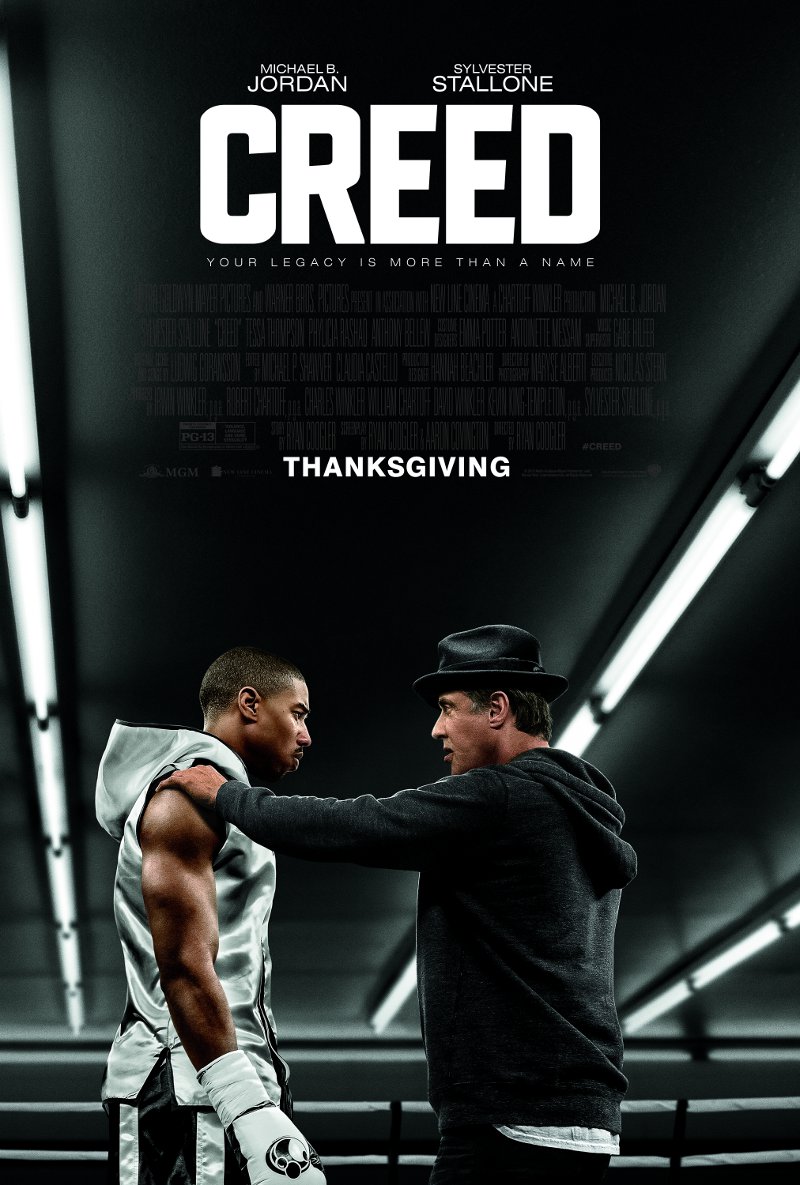