Guillermo del Toro is a director that is as odd in his popularity as his film’s are in their subjects. His popularity isn’t odd because he isn’t a good director, but because his films are a bit hit-or-miss, and they are so varied that they shouldn’t be able to unify fans. From The Devil’s Backbone to Hellboy to Pan’s Labyrinth to Pacific Rim, one film doesn’t exactly suggest another.

Crimson Peak nevertheless looks and feels like a del Toro film, and everything you see in it suggests a director who too capable for the story and themes he’s working with. Unfortunately, what he’s working with is something he co-wrote, which makes it hard to let him off the hook.

Edith (Mia Wasikowska) has a haunted history, and opens the film by telling us that she knows ghosts are real. We see her in flashback as a ghost warns her to stay away from Crimson Peak when she’s quite young. Back in the present, Edith meets Thomas Sharp (Tom Hiddleston), and his sister, Lucille (Jessica Chastain). Thomas has come to pitch a business venture to Edith’s father, Carter (Jim Beaver). A wealthy businessman, and part of some sort of venture consortium (apparently), Carter doesn’t like Thomas, his soft hands, or his idea of backing the family clay mine back in the U.K. Dad’s opinion isn’t helped along when Edith begins falling for Thomas’ charms.

Even now I somehow feel that I may have given too much away, such is the ludicrous simplicity of the film’s plot. It actually becomes hard to choose between the film’s most glaring misfires, and whether this is a primer on how setting structural clues can become its own primrose path, or simply a case of believing audiences are brainless is possibly the film’s only road to discussion.

While del Toro is nearly magical in his ability to make a house seem like a character, or a dimly-lit interior seem as though space suddenly has more dimensions, this is a film lacking character of a different kind, with virtually no effort at convincing audiences to even remember the names of the players, much less consider them as something as rich and vibrant as the curtains. The lack of subtlety, that is perhaps del Toro’s one defining feature, that makes for a truly spine-chilling ghost (or wight, or wraith, or whatever), doesn’t help a story when it also translates to Chastain’s nearly Joker-caliber transparency.

What’s worst about the film’s effort at story is that most everything related to moving the plot along is delivered almost as a bulleted list, and given the sort of attention that belies a certain irritation at having to provide a story at all. Edith and Thomas meet and fall in love within minutes of screen time, and the affair is given to the audience with the same wink as when Thomas is near Edith’s manuscript for ten seconds and then comments on the fact that it’s very good. It’s movie shorthand at its worst, but the film hopes you’ll play along, because really, who cares? The book Edith is writing is never really going to come into play, it’s just a handy device to let Thomas tell her she’s good at something “women aren’t supposed to do,” and their “love” never truly becomes anything you can chew on either. Besides, we have pretty and/or creepy things to get to. Let’s move on.

There’s a good story in here somewhere, but it’s one that pays far less attention to the parts we’ve all heard before, and it’s one that’s told as if we weren’t talking to a pack of idiots. Crimson Peak gets a 10 for glorious visuals, and an almost unprecedented ability to pull mood and tension out of almost anything that happens to land in front of the camera, but it gets almost nothing for its story, dialog, and purposeful attempt to avoid its own characters. 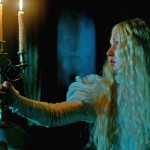 Crimson Peak is a gorgeous slice of cinema, no less than one might expect from visionary director Guillermo del Toro... more > 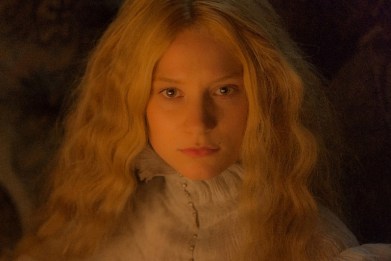 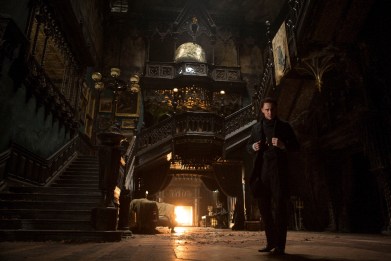 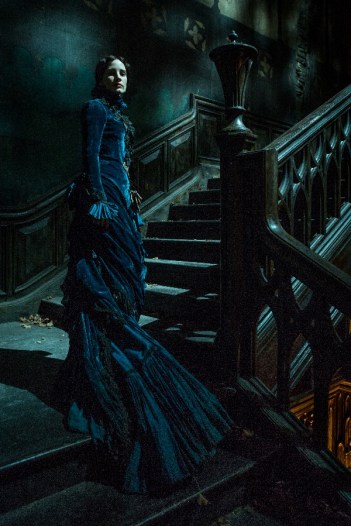 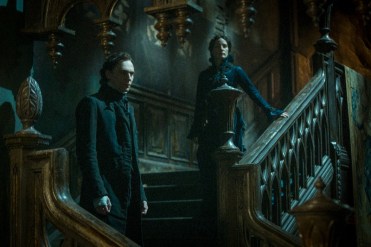 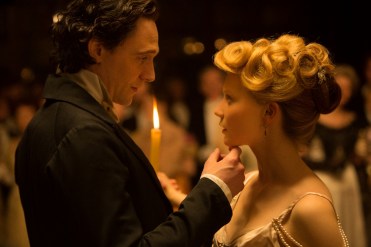 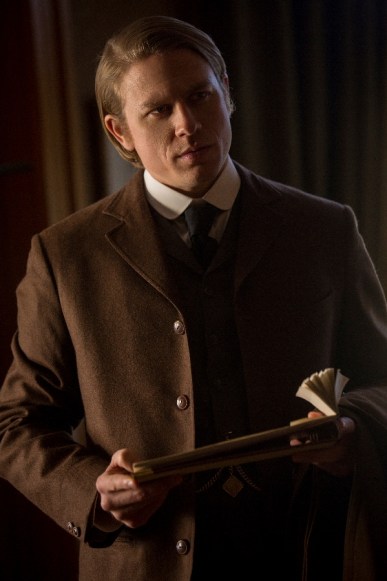 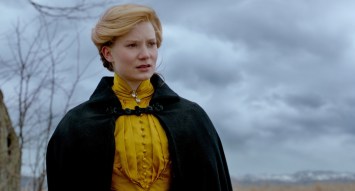 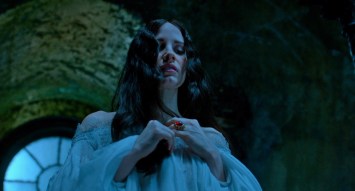 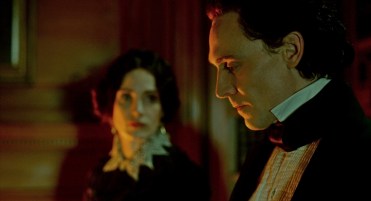 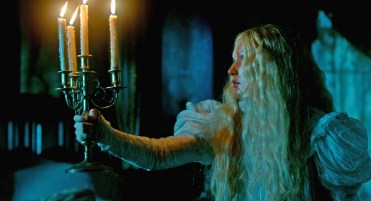 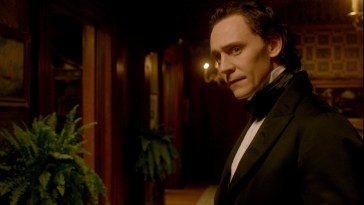 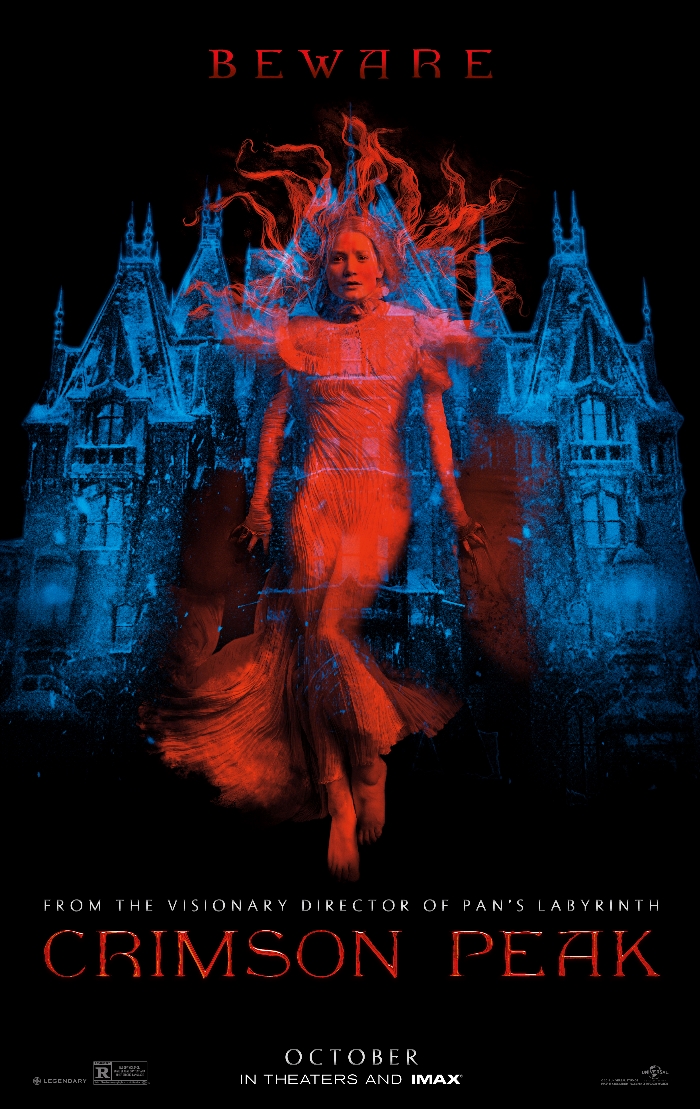