Tom Cruise is back with a vengeance. His career may have slowed a bit at one point, but ever since at least 2006’s Mission: Impossible III, everything he’s done has been interesting, and here he’s coming right off the back of last year’s other collaboration with director Christopher McQuarrie, the amazing Edge of Tomorrow. McQuarrie has been on a pretty good roll himself.

The progression in both of their careers makes Mission: Impossible – Rogue Nation an odd effort, and one that becomes almost distancing, despite the fact that it’s a fun ride.

Rogue Nation kicks off with the celebrated scene involving Cruise hanging off an airplane, and quickly sends us to Washington D.C. so that we can learn that William Brandt (Jeremy Renner) is the only I.M.F. member at home to hang about while C.I.A. director Alan Hunley (Alec Baldwin) convinces a Senate committee to shut the I.M.F. down. These, by the way, are fun little scenes that you suspect the government paid to have in the film so that we can all pretend that Senate members “really know what’s going on.”

Meanwhile, Ethan Hunt (Cruise) is on the trail of The Syndicate, a shadow organization that may or may not exist. Ethan is semi-forced to go rogue, because he can’t give up tracking down said Syndicate, and Hunley wants him to come in and answer for things he’s done during missions with the I.M.F.

Now Ethan has to work without a team, mostly, and without the backing of his government group, sort of.

Along the path to figuring out who is running this sinister organization, apparently bent on just causing chaos, Ethan keeps running into Ilsa Faust (Rebecca Ferguson), and figuring out her true allegiance is about as hard as discovering the identity of the mysterious leader of the shadow organization itself.

The film is loaded with action, excuses to show off death-defying stunts, chase scenes, and the obligatory break-ins. The problem is that things often devolve into a realm of lackluster cliche that you just aren’t expecting from McQuarrie, Cruise, or the franchise itself. We’ve danced a lot of these steps before, and not just in spy films. It may be fun to have Cruise going through these motions, but it doesn’t make up for the familiarity inherent in fight scenes with “really big guys” backstage at the Opera, or telegraphed double-crosses and kidnappings.

Perhaps worst, for serious franchise fans, it just doesn’t feel like we’re playing with a team much here. The new person gets the most non-Cruise screen time, and though Simon Pegg and Ving Rhames are around, this feels a lot more like a Bond film with Q and Moneypenny getting a couple of extra scenes.

Everyone involved does a great job, and their ability to pull you in saves the film. The crew is still fun to watch, has some great lines, and know how to chew scenery in just right the way to keep you on board. The overall development suffers a little, because somehow nothing seems all that impossible, and the robotic, sociopath of a villain serves the film better as a windmill than an actual enemy.

That said, the winding route does lead to the end, and while the actual breach of the vault isn’t a great scene, the lead-in and everything after that point are gold. Not only truly great moments for the film, but some of the best in the franchise’s history. The finale is such a striking play at subtlety that it sneaks up on you. Some might find it a bit anti-climatic, but it felt like a good choice. It felt like a play at the weird “intensity” of a chess game, which is (if you play along) full of action throughout, but perhaps also somewhat anti-climatic when you knock over the king.

Rogue Nation is a film with some great touches, which keep it from sliding further, but it also has moments that become downright boring, and it doesn’t quite reach its potential. It’s worth checking out, but it feels like nothing so much as a film you think you’ve seen before. 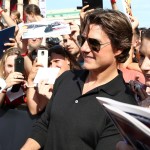 The release of Mission Impossible: Rogue Nation is right around the corner, and if you didn't manage to hit the... more > 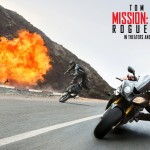 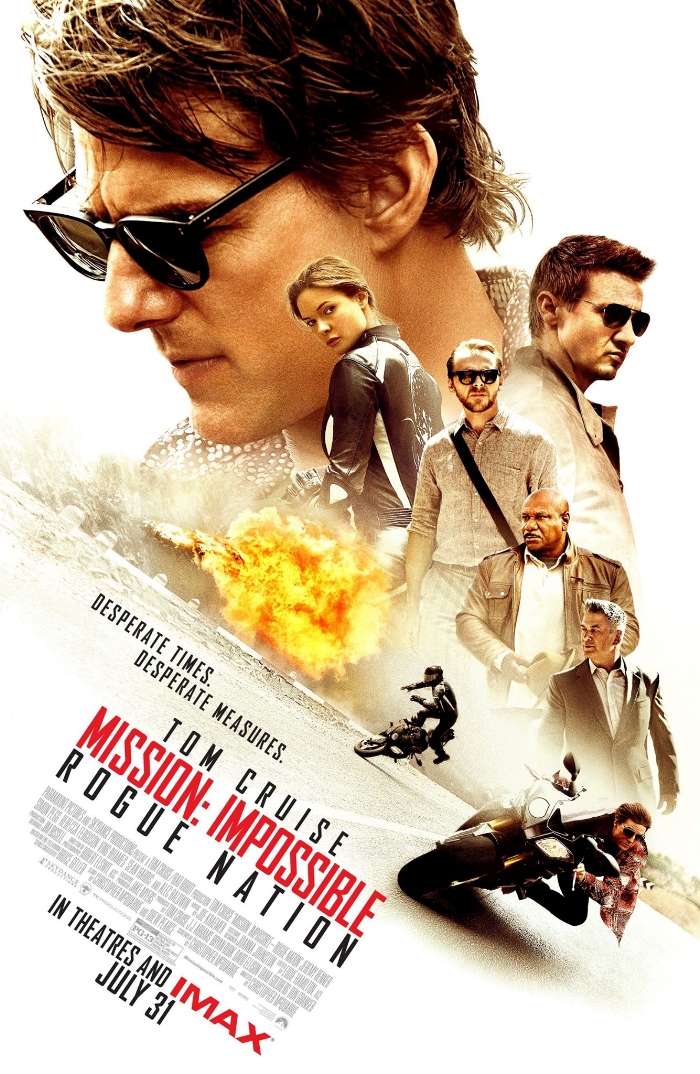