The character of Sherlock Holmes has been enjoying quite the renaissance of late. Since late 2009, there have been two Guy Ritchie films starring Robert Downey Jr. as the master of deduction, not to mention two television series: the BBC’s Sherlock, with Benedict Cumberbatch, and CBS’s Elementary, with Jonny Lee Miller. Now comes Mr. Holmes, with Ian McKellen taking on the title character as an elderly man, long retired from sleuthing. It’s a finely tuned and moving performance — no less than one would expect from McKellen — but like the aging Holmes himself, the film has more than its fair share of wrinkles. It’s lightweight dramatic fare that has more in common with a movie like Venus than with any of Arthur Conan Doyle’s classic capers.

The story isn’t exactly canon anyway, since it’s based, not on any of Doyle’s writings, but on A Slight Trick of the Mind, a novel by Mitch Cullin. Here, the detective is a real-life figure who’s been immortalized in a series of dramatic publications penned by his partner, John Watson. (According to Holmes, these stories are fanciful embellishments; when asked why he isn’t wearing a deerstalker cap, he replies that he’s never worn one, and that he actually prefers cigars to meerschaum pipes.) The year is 1947, and Holmes has long left Baker Street and retired to the quiet seclusion of a small country manor. When the movie opens, he’s just returned from a trip to Japan, where he procured a supply of prickly ash, a plant that supposedly works to sharpen mental acuity. The royal jelly he’s been religiously harvesting from his personal apiary is failing him in this regard, and that won’t do, as he’s trying desperately to piece together the details of his final case — the one that forced him into retirement thirty-five years before. Though Watson wrote a summary of the case, as he did with all the others, Holmes suspects that this retelling is not entirely truthful on account of its tidy ending. If the case had ended well, he reasons, then why did he quit? In the twilight of his life, he seeks to make peace with what really happened so that he can die with no loose ends left dangling.

This conceit is well-structured — certainly in keeping with the character’s fiercely analytical nature — and the screenplay does a nimble job of juggling the three interwoven story lines: the trip to Japan; the details of that final, fateful case; and the house in the English countryside, where details from the former two are becoming slowly intertwined in Holmes’s mind. Since the old detective’s memories are becoming increasingly erratic, so too is the movie’s structure, sometimes yanking us unceremoniously from one timeline to the next, just as something exciting seems about to happen. It’s maddening, but then, that’s the whole point. Incidentally, the subplot about Japan seems to exist primarily as window dressing — a forgivable offense, particularly when it comes to one haunting sequence set in the blackened ruins of Hiroshima.

To a man like Holmes, who has relied so heavily on his wits and canny observation skills, the erosion of memory strikes a particularly hard blow. He takes to writing people’s names on the cuffs of his shirts, as a primer for when he can’t remember who he’s talking to. His widowed housekeeper, Mrs. Munro (Laura Linney), may be uneducated, but is no fool. She senses her employer’s decline and is already making plans to move on as soon as possible. This is to the chagrin of her young son, Roger (Milo Parker), who idolizes the old man, and makes no secret of it. McKellen has a splendid rapport with the younger actor, and their relationship is one of the film’s strongest points.

Unfortunately, the details of the unsolved case are rote and ultimately unsatisfying. The parallels between that story line and the 1947 scenes are drawn a little too heavily, as if director Bill Condon wanted to be sure we understood them (after all, not everyone can deduce the details of where someone has been that day simply by observing their clothing, as Holmes still can and does several times here). Condon has worked with both of his leads before, McKellen in 1998’s Gods and Monsters and Linney in 2004’s Kinsey. Both of those turns resulted in Oscar nods for the actors, and Condon took home the award for Best Adapted Screenplay for Gods and Monsters. Mr. Holmes is unlikely to follow in those films’ footsteps. As a diversion, it’s worth a look, if only for McKellen’s plummy take on the role of Sherlock Holmes. But in the end, it’s elementary. 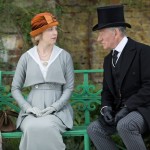 It may not exactly be a summer blockbuster, but other people need some films to see all year round, and... more > 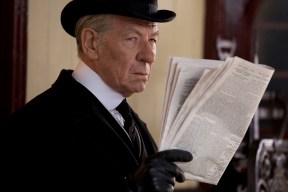 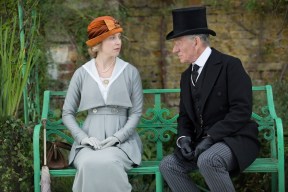 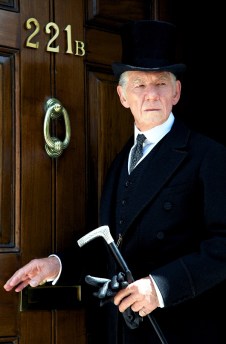 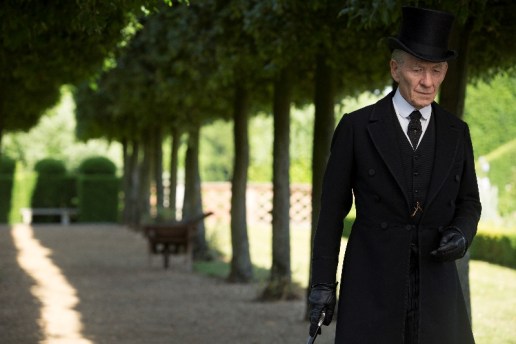 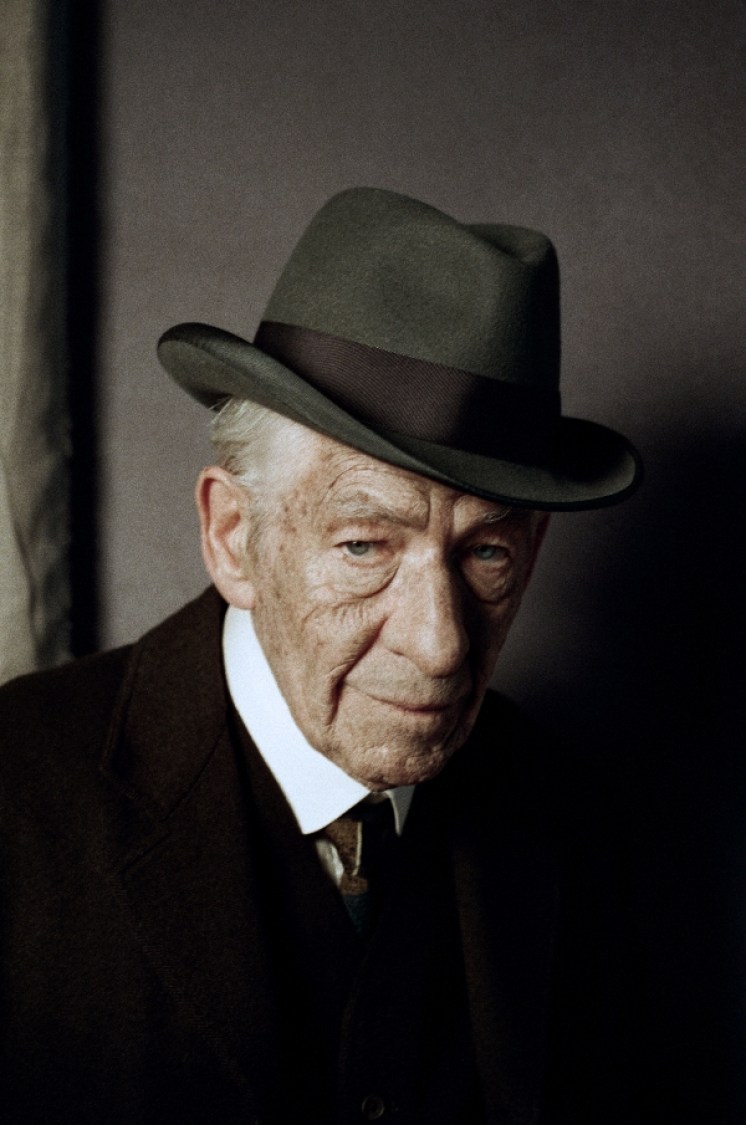 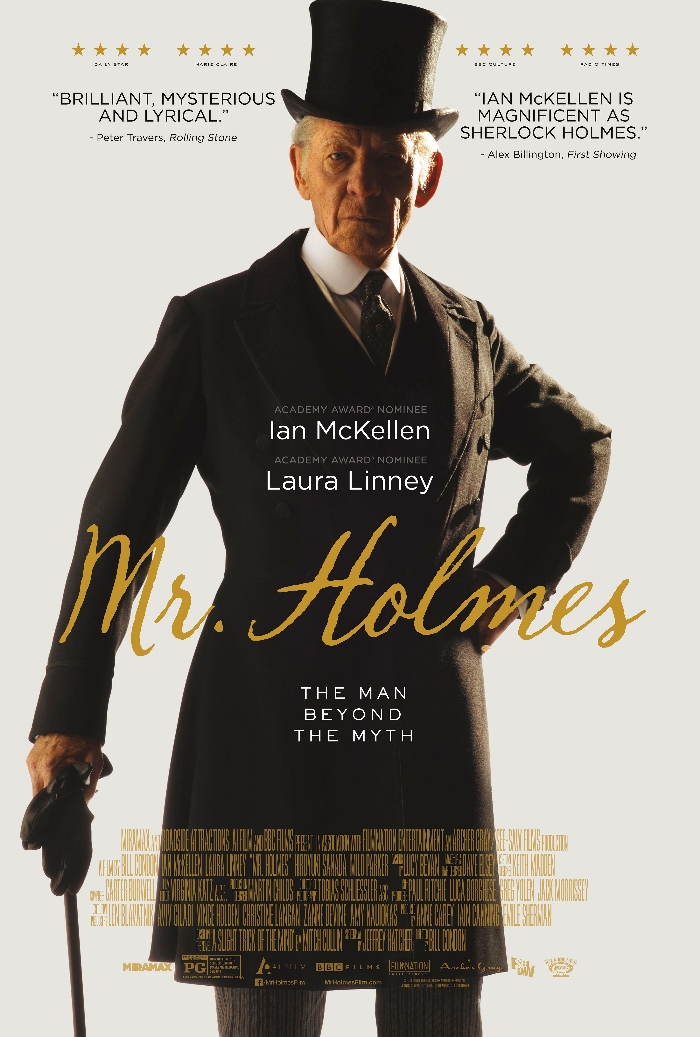