Bill Murray is a very specific actor, and despite the fact that he has had iconic success with both comedy and drama, Rock the Kasbah can’t figure out which Murray it wants. The previews will make you believe that we’re after something like a “back in the day” Murray, but the movie itself is as conflicted about what’s going on, as it is about whether it wants Murray to let loose, or channel his Lost in Translation and/or Broken Flowers characters.

Murray plays Richie Lanz, a character almost perfectly summed up by his name. He’s a has been of the entertainment management industry, and he’s got a story about every other band to come along twenty or thirty years ago. These days he’s working out of a motel, scamming money out of all those people who only make it to air on American Idol so that we can make fun of them.

In a last ditch effort to get his only act, Ronnie (Zooey Deschanel), something that will get her some attention, Richie books a USO gig in Afghanistan. Unfortunately, everything about the trip freaks out Ronnie, who bolts as soon as they get there, taking Richie’s money and passport with her. Now Richie is left high and dry in just about the worst place to be penniless and alone in the world. Through events that remind of an earlier film era, Richie is dragged along from one bad idea after another, all in an effort to get out of the country as fast as possible.

Then he hears a voice in the desert, an idea which is ultimately overplayed as Richie examines his own life and times.

The woman he hears isn’t even able to admit to the fact that she sings, lest she be killed as an infidel, but Richie thinks he can parlay her voice into a win on Afghan Star, and then even bigger things. Not only would he be making his own contribution to the progression of women’s rights… well, no, he isn’t exactly thinking about that… not really, until he is… a little.

Though the theory ought to work, it can’t decide how serious and/or funny it wants to be, which leaves all the characters unable to find solid footing, especially Murray, who is as solid as he can be, but can’t quite amount to anything. Supporting characters either barely exist, or are around too frequently to suffer such a lack of development. Deschanel only exists to provide the set-up, while Bruce Willis enters the film as a comic caricature that should disappear immediately, but then he comes back again and again, and suddenly has to be an actual person. Both are confusing examples of misunderstanding how characters work, how they contribute to a story, and how they can, and should, help develop your central figure.

They aren’t the only examples either, and in a strange twist, the film goes one way or another with every other character. Scott Caan and Danny McBride play a pair of arms dealing misfits who may have a way out for Richie, and their oddly insouciant attitude might have developed into something for Richie to bounce thoughts off of, but they might as well have been a voice on a phone, or a plot-excuse slot machine, for all that they manage to find purchase as characters. Meanwhile, Kate Hudson enters the film like someone who should be attempting to seduce Sean Connery’s Bond, only to immediately morph into the kind of non-characters you’ve hardly seen since ’80s goofball romps like Smokey & The Bandit. Just when you think you know where she “fits,” Richie is clinging to her as though their relationship is decades old, because (one assumes) that makes it feel like it makes more sense when the pair go into business together.

All of this is before you even take into account Richie’s cab driver come confidante/translator, or the actual Afghan songstress he attempts to take under his wing. They both follow along with the film’s character confusion though, and it becomes a case of every next thing the film does managing only to detract from what it’s done already.

In the end, the film is trying to be too many things, and Richie’s character is meant to be too many characters, with too many points of view. It’s a movie about the young Afghan singer, but it isn’t, and a movie about Richie Lanz, the never was, but it isn’t about that either. It has delusions of depth, spinning a yarn about its misfit character lost in a misfit world, and misfit circumstances, but its a story about so many other things at the same time, that it’s ultimately barely telling any story beyond the bullet-point synopsis, which makes for a tough watch.

If it had any of the bravery of the actual person it only dares to offer up in the same simplistic terms as all its other characters, this cast could have made a film with something say, and one that was hilarious to boot. Instead, it feels too much like watching Afghan Star, instead of the story of its most notable contestant. 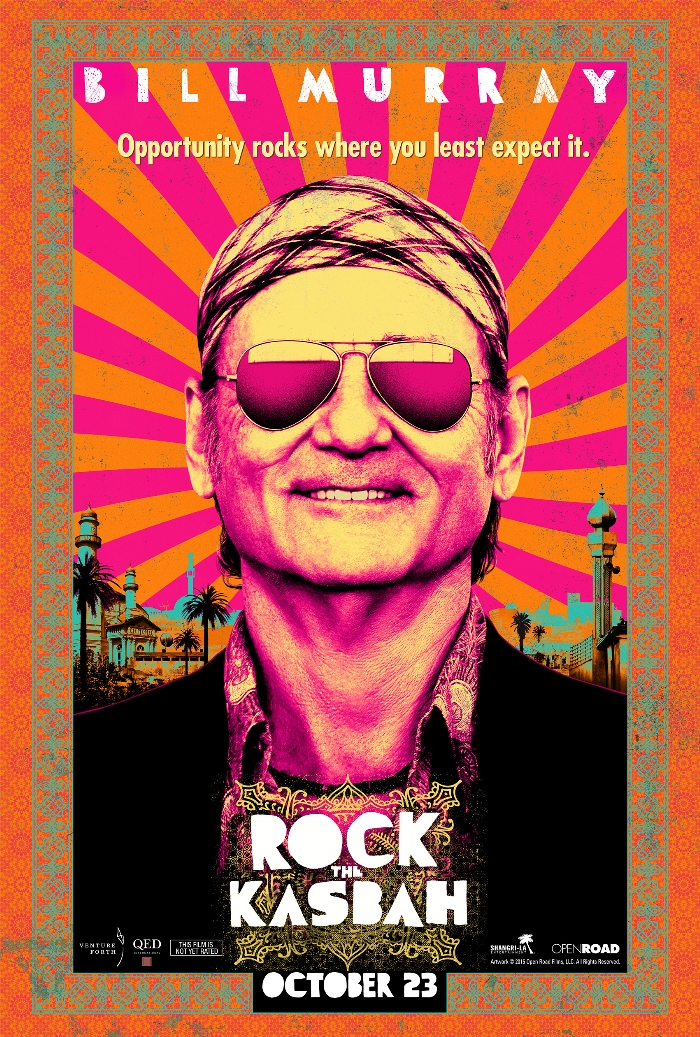