Of all the things that can and must be said about Straight Outta Compton, F. Gary Gray‘s N.W.A biopic, the first is this: You don’t have to be an N.W.A fan — or even a fan of hip-hop in general — to be moved and exhilarated by this film. Though the band’s rise, fracture, and near-reunion all took place between the years of 1986 and 1995, the events depicted feel fresh and topical in a way that’s simultaneously eye-opening and profoundly depressing. Like Selma, it forces us to acknowledge the ongoing struggle for racial equality, and how little has changed in the intervening years.

That’s not to say the movie itself is a heavy-handed history lesson. On the contrary, it’s an engaging ride from beginning to end, even when recounting some of the more tragic events in N.W.A’s history (which I won’t reveal, in case other filmgoers happen to be as ignorant of them as I was going in). Corey Hawkins plays Andre, soon to be known as Dr. Dre, a DJ from Compton who dreams of turning his sometime gigs into a real career. His buddy, O’Shea, aka Ice Cube (played by O’Shea Jackson, Jr., in a trippy but inspired casting bit), is his lyricist. Together with their three bandmates, MC Ren (Aldis Hodge) DJ Yella (Neil Brown Jr.) and Eazy-E (Jason Mitchell), they manage to scrape together enough money to cut a record. Their sound is infectious enough to catch the attention of a talent manager named Jerry Heller (Paul Giamatti), who guides the band to a deal with Priority Records. Just about every music-related biopic travels down this road in some way or another — if the group had never made it, we wouldn’t be watching a movie about them — but Compton doesn’t feel like it’s merely painting by the numbers. Perhaps because the actors involved (with the exception of Giamatti) are all relative unknowns, even the more predictable developments have a raw, documentary feel to them.

One of N.W.A’s most popular songs, “F— tha Police,” takes center stage here, with much of the second act revolving around the topic of racial profiling. When we see these men — barely more than children, really, who are merely going about their own business — being forced to the ground by men carrying badges and guns, it’s impossible not to be reminded of recent news events and wonder at the potential that’s being so carelessly snuffed out. Were the members of N.W.A instigating trouble with their incendiary lyrics, or did they see their music as the only weapon they had against the injustice they’d all grown up with?

Straight Outta Compton doesn’t hesitate to take the latter side, but neither does it portray its heroes as innocent victims. Rather, it provides a multi-dimensional rendering of humans who make choices. Some of them are poor ones (there’s a visceral scene with Ice Cube losing his temper in a record executive’s office), and some are misguided, but these are people working with the tools they’ve been given. In one of the film’s strongest moments, Eazy-E goes to Heller after taking a beating from a rival. Dispassionately, the rapper tells his manager that his only course of action now is to kill the man who beat him up — a statement that rightfully horrifies Heller, who points out that such an act would ruin Eazy’s life as much as it would end the other man’s. Watching Mitchell’s eyes, we can see that this hadn’t occurred to him. He’s simply playing by the only rules he knows.

The performances here are good enough to make one forget that they’re performances at all. The camaraderie between the young stars never feels forced or sappy, even during the most emotional scenes. Giamatti is the unfortunate exception — I’m generally a fan, but he lays on an extra slice of ham at several crucial moments, enough to cause slight damage to the narrative. Also, the pacing lags a bit toward the end, likely because the earlier concert sequences are such raucous fun that the film suffers in their absence. At its best, though, Straight Outta Compton is a credit to its genre, entertainment that provokes plenty of thought along with all the laughter, rage, and tears. 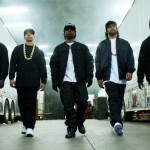 If you look back over F. Gary Gray's credits, you'd suspect this movie was coming sooner or later. With a... more > 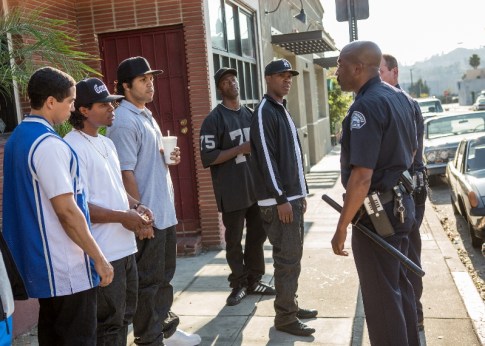 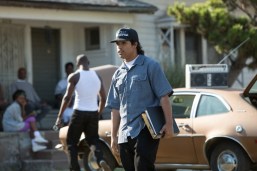 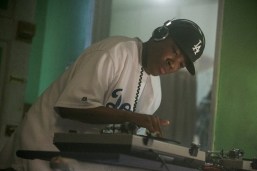 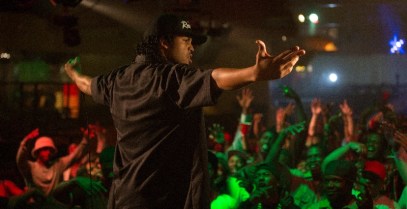 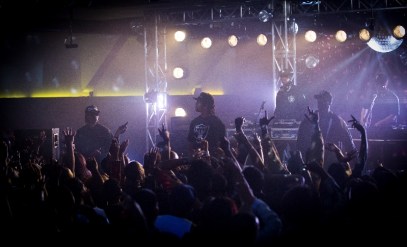 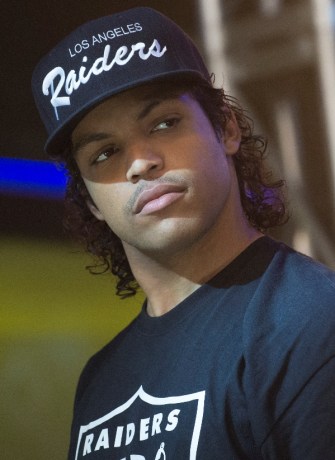 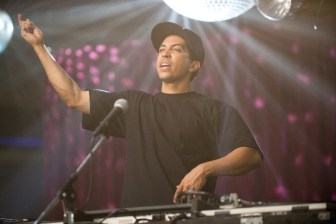 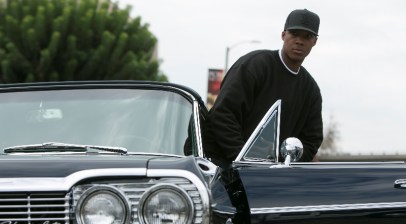 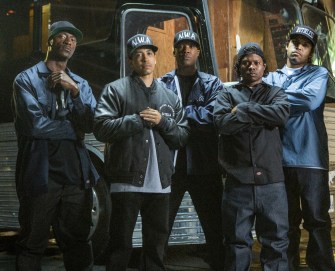 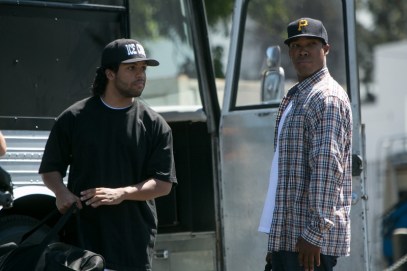 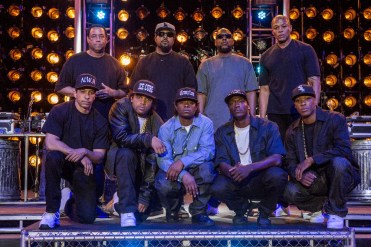 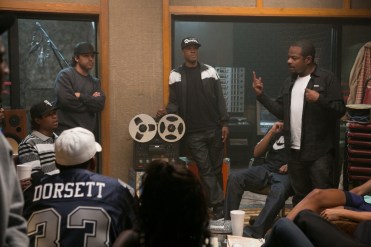 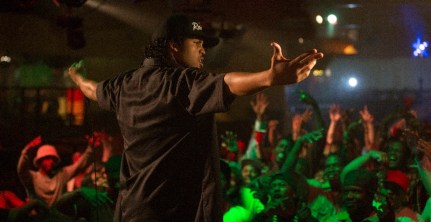 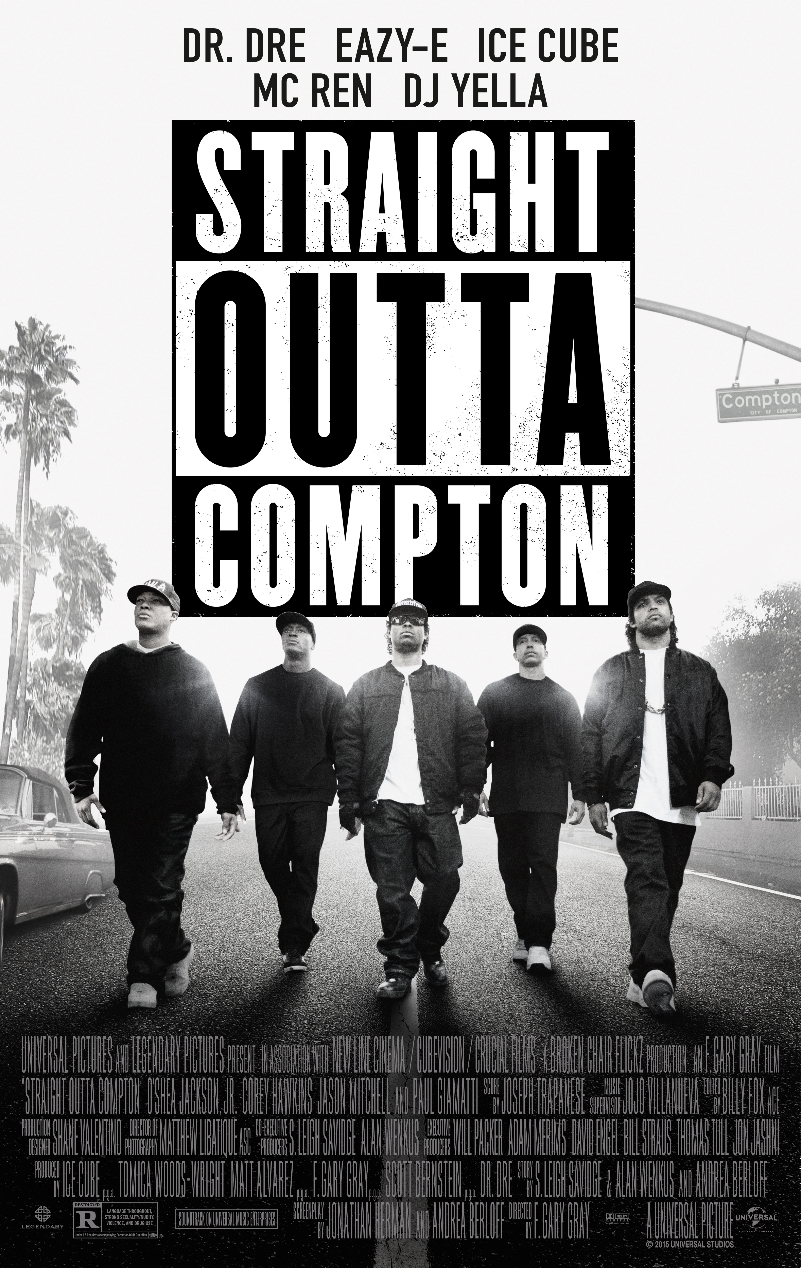